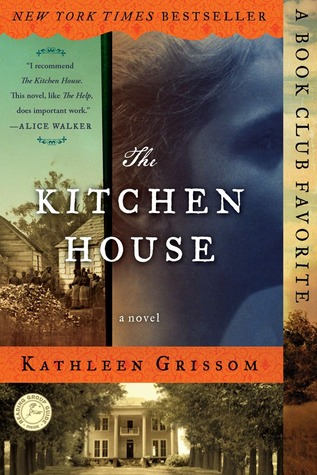 When a white servant girl violates the order of plantation society, she unleashes a tragedy that exposes the worst and best in the people she has come to call her family. Orphaned while onboard ship from Ireland, seven-year-old Lavinia arrives on the steps of a tobacco plantation where she is to live and work with the slaves of the kitchen house. Under the care of Belle, the master’s illegitimate daughter, Lavinia becomes deeply bonded to her adopted family, though she is set apart from them by her white skin.

Eventually, Lavinia is accepted into the world of the big house, where the master is absent and the mistress battles opium addiction. Lavinia finds herself perilously straddling two very different worlds. When she is forced to make a choice, loyalties are brought into question, dangerous truths are laid bare, and lives are put at risk.

I read this book a few months ago and I loved it. It is  a truly timeless masterpiece. The stories of Belle and Lavinia are reminiscent of Alice Walker’s The Color Purple. Deeply moving and intense.

This was an extremely powerful book. If you’re looking for historical accuracy reign in those claws, this is a novel, and while there are many accurate details concerning slavery and indentured servitude, don’t over analyze this book. I read a few reviews that bashed the book based on its so called historical accuracy. Let’s remember, this is a work of fiction, not a history book. With that said, it is an excellent work of fiction, especially for a debut novel.

The Kitchen House does a magnificent job of exploring families and what family truly means. The story is told from both Belle, a slave, and Lavinia, an Irish indentured servant’s POV. Belle becomes “the mother figure” to Lavinia after she is brought to the plantation. It is mostly told through the naive eyes of Lavinia who doesn’t even realize who she is. She doesn’t fully comprehend slavery nor her position in this society. In fact, she doesn’t recall many moments of her youth prior to her arrival on the plantation.  With her arrival they become an unconventional family. The slaves bring Lavinia into their fold and nurture and love her as their own but Belle keeps her at an arms length still hesitant to love and care for her.

Belle, the beloved but illegitimate daughter of the Captain (The Slave Master/Plantation Owner), is in charge of the Kitchen House. The relationship between Belle and the Captain, which unbeknownst to his own wife is one of a father and daughter, but gives her cause to speculate an affair. Her father loves her fiercely and it is obvious in all his actions but his lack of communication with his wife and family regarding his close relationship with Belle is a secret that causes a domino effect for years to come.

And yes, this book does have a few romantic trysts but the story is also laced with some pretty heavy situations that may make your stomach turn.

I would’ve loved to read this book from a few different character perspectives but Belle and Lavinia were an integral part of this family and their stories were meant to be told. This is a great read. I highly recommend this book to fans of historical fiction or cultural pieces. I rated this book 4/5 stars.