Zoey Derrick’s Give Me A Reason Cover Reveal 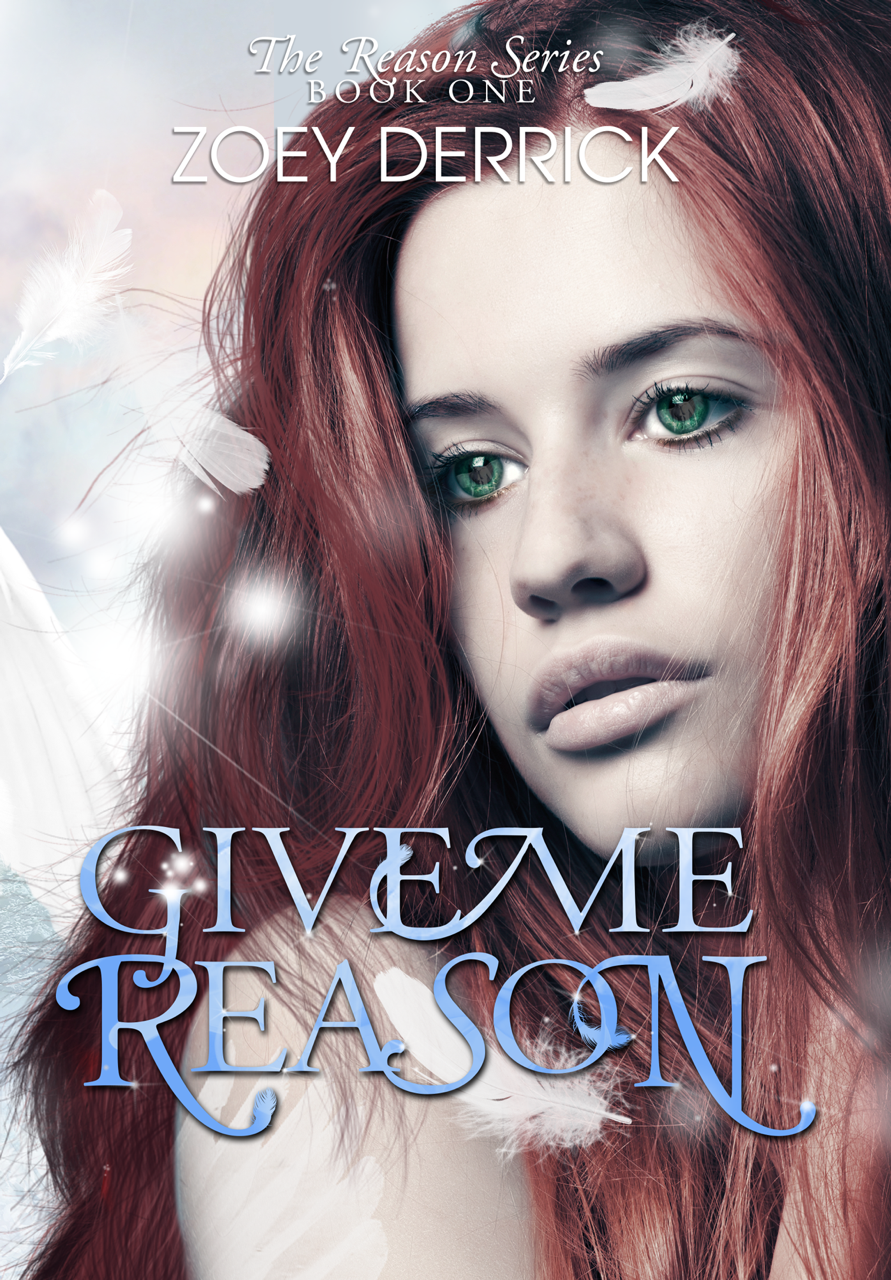 Give Me a Reason is slated for release September 24, 2013
This cover was created by Parajunkee

Along comes Mikah Blake, a handsome stranger who quickly takes an unexpected and persistent interest in her. On the surface, “Mr. Suit” seems to be Vivienne’s opposite: rich, well-fed, successful. As Vivienne will learn, Mikah is more than he seems, and for reasons unknown, he’s determined to be her knight in shining armor. But after having finally found her own two feet after years of abuse,  it’s difficult for her to accept Mikah’s help.

Will her body’s unexpected response to Mikah’s touch be reason enough to overcome her pride and traumatic past and learn to love and trust? Or will her past, refusing to be left behind, come back to claim her?

He’s looking down at me, making me feel small at five feet two inches. He has to be at least six feet tall. Broad shoulders. His suit today is gunmetal grey with blue or black pin striping—I can’t tell which. His shirt is a beautiful lavender color with a darker purple tie.

He smiles at me, warm, genuine. “Because, you’ve come to return the money I left you last night as a tip.” My jaw falls open.

His smile fades a little. “Because, why else would you come down here?”

I close my mouth and look down at the floor. His ability to read me is really scary.

“Since you haven’t eaten since last night, I’m going to take you to lunch.”

I feel my face flush bright red, both in anger and complete irritation. “That is not why I’m here. I’ve survived for my entire life fending for myself, I don’t need some rich hot shot business mogul buying me food.” I reach into the pocket of my bag and pull the folded up paper from it. I thrust it towards him. He refuses to take it. Tears of frustration trickle down my cheeks. “Damn it Mikah, take it.” I push it at him again and again he refuses. “I’m not a damn charity case. I don’t need your money or your food.”

The bell chimes. We’ve finally reached the skyway. As soon as the doors open, I drop the folded up paper with his money in it and bolt from the elevator, turning left, hoping and praying I can get away.

“Vivienne, stop.” I hear him say behind me. I keep going, walking quickly but not running. Yet. I’m trying hard to not make a scene.

But he doesn’t seem to care about that. He catches me quickly, spins me around. I grab hold of his arm to catch my balance so I don’t go sprawling onto the floor.”