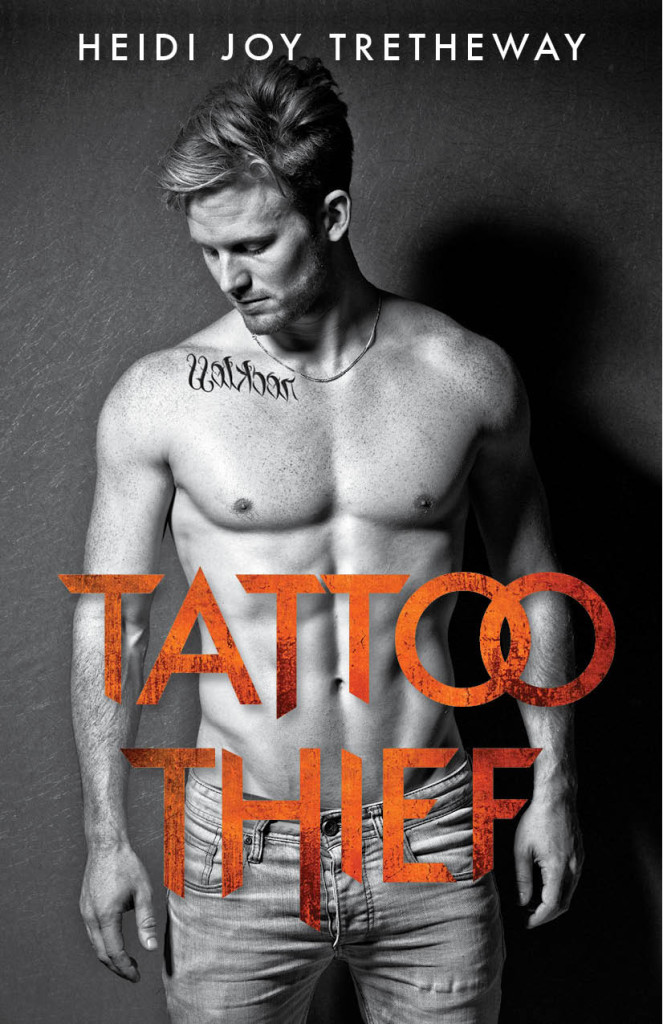 22-year-old Beryl doesn’t know why Gavin Slater trashed his penthouse, abandoned his dog and fled the country. But as his house sitter, she must pick up the pieces for the front man of the white-hot rock band Tattoo Thief.

When ultra-responsible Beryl confronts the reckless rock star, she wants to know more than just what to do with his mess. Why is he running? What’s he searching for? And is he responsible for the death of his muse?

New York newbie Beryl must find her footing in Gavin’s crazy world of the ultra-wealthy to discover her own direction and what can bring him back.

Steamy, sassy and tender, Tattoo Thief is a story of breaking from a comfort zone to find a second chance.

Tattoo Thief is an interesting read. Books like this remind me why I love doing this. I’ve read a handful of books within the last few months that have done an excellent job walking the reader through a phenomenal courtship. The author executes this perfectly in Tattoo Thief. The best parts of this book are watching these characters grow, individually and together. The romance isn’t built over night and the build up is remarkable and all via email which I seriously loved. I know it is unconventional, but enjoyable.

Beryl is from a small town in Oregon afraid she’ll be stuck in a dead end job resenting everything and everyone in her life if she doesn’t find a way out. She doesn’t know what to do until an opportunity to leave Oregon and head to NYC presents itself. While Beryl is excited she’s afraid she made the wrong decision and talks herself in and out of accepting the offer before she finally settles on leaving. When she arrives in NY things spiral out of control and her plan falls apart leaving her to fend for herself. Just as she begins to lose hope another opportunity presents itself, throwing her into a world she’s never imagined, one that brings her closer to Tattoo Thief’s frontman Gavin Slater.

Gavin is out of the country running from his own demons. Beryl is an ear to listen, but she doesn’t make it easy for him. She challenges him and they grow closer, but their communication is limited to email. Their correspondence bonds them in a way they could never have imagined and Beryl slowly finds herself caring for Gavin as more than a friend. Can two people who are so different and so far apart actually find a common ground? Can this ever be more than email tag?

I found this book incredibly interesting. Being a native New Yorker I really enjoyed reading how a transplant took in the city. Beryl’s experiences and her transition from rural life to a bustling metropolis is interesting. I never really think about how a newbie’s experience may differ from someone who is a native. I never realized how many things we take for granted or simply never considered how different the experience of an outsider could be. I didn’t like some of the comments made about New York, but that’s just my own NYC pride haha. It definitely put things in perspective. I enjoyed seeing Beryl grow and thrive. The relationship she built with Gavin through email is impressive and though I wished there was more face time I think it was cleverly executed. It goes to show how much trust you can build with someone through correspondence alone. They go back and forth a lot and its comfortable. The fact that they are essentially strangers seems to give them both free reign to openly disclose things most people wouldn’t off the bat. I think that aspect in particular is something that people may or may not understand, but I felt it allowed them to speak candidly. Each felt free of judgment though after time they cared more and more about the others opinion. The heaviness of Gavin’s departure sits with you and while Beryl remains honest with him, she remains supportive. She isn’t afraid to point out his flaws or bring him back to reality when his ego gets in the way. This is a fun and refreshing read. I enjoyed it and hopefully you will too. I’d recommend this to my New Adult/Rock Star loving fans.

There were a number of things I really enjoyed about Beryl’s actions throughout the book but one event in particular stuck out and I think it deserves mention. Beryl handled herself with exceptionally well and I really enjoyed how she handles Peter – when you get there you’ll understand!

Heidi Joy lives in Happy Valley off Sunnyside Road. She swears she did not make that up.

Heidi’s obsessed with storytelling. Her career includes marketing, journalism, and a delicious few years as a food columnist. Media passes took her backstage with several rock bands, where she learned that sometimes a wardrobe malfunction is exactly what the rock star intends.

You’ll most often find Heidi Joy with her husband and two small kids cooking, fishing, exploring the Northwest, and building epic forts in their living room.

She loves to hear from readers via messages