As the youngest woman ever to make detective in the Portland Police Bureau, Danny Hartmann has racked up an impressive record. It doesn’t keep her warm at night, but it does make up for feeling she’s somehow disappointed her family with her career choice. Called to the scene of the murder of a homeless veteran in a transient camp, Danny doesn’t expect it to be anything other than another case she clears.

Then she meets the man who made the 9-1-1 call and everything changes.

Jake Abrams, a volunteer doctor at the Veterans Medical Services Clinic, doesn’t have much faith in anything other than his work and the vets he cares deeply about. Not shy about voicing his opinions, even to the cops investigating the murder of one of his patients, he annoys Danny with his snarky remarks.

However, working the case, she has to rely on Jake to help her find her way around the transient camps under the bridges and in the city’s huge wilderness park. As they work together, their attraction becomes mutual and passionate.

But Jake has demons. Like the vets he cares for, he carries scars both mental and physical from his service in the National Guard in Iraq. He fears Danny will turn from him in disgust when she discovers them. She’s afraid his experience in Iraq makes it impossible for him to love someone who does what she does for a living.

When the murderer of the homeless vets comes too close to Jake, it’ll be up to Danny to save his life. It’ll be up to their love for each other to save them both.

Believing Again is book five (5)  of the Second Chances series. The good thing is each book can be read as a standalone, although I would always recommend beginning with book one (1) in any series.

This book was enjoyable and a super quick read. I finished the book in one sitting. I love how the author tied in the many issues veterans face when returning to civilian life. It is a common problem that a lot of people don’t acknowledge and one that many people don’t even realize is an issue.

Danny Hartmann knows how to take care of herself. She’s a detective with the Portland police department and a damn good one in her opinion. She’s been single for a while. Every relationship has seemingly fallen apart when she’s attempted to date. Her job always come first and this has left little room in her life for anything but work. When a series of mysterious murders begin to take place, Danny’s first encounter with Dr. Jake Abrams isn’t a positive experience. In fact, she outright dislikes him and his attitude.  Dr. Abrams regularly volunteers to help veterans around the city of Portland, but when his patients begin to be targeted the two must come together to track down the killer.

These two clashed from the beginning but the heat coming off these pages is palpable. Jake knows they got off on the wrong foot and quickly tries to apologize asking if they can start over. Danny is cautious but receptive accepting his apology but when she realizes she too is attracted to Jake things begin to get complicated. Jake realizes he wants to know more about Danny and is definitely attracted to her. Danny’s curiosity gets the best of her, she enlists the help of the good doctor to help track down the killer. She wants to know more about Jake, but is afraid to admit it. Jake has demons, Danny has her own issues she’s certain she doesn’t want or need anyone. When Jake’s overwhelming need to protect Danny becomes an issue for her, these two must figure out how strong their feelings really are for one another.

Dating is a distraction and complication that Danny thinks will get in the way of her life…which happens to be her job. Jake seems to break down some walls and what the reader gets is a hot, steamy romance with plenty of drama. How can two people who are seemingly perfect for one another allow everything to go wrong? Will they find a way to make it work?

This is a fun, sexy romance with plenty of heat. I’d recommended this to my Mystery/Romance fans. Check out the rest of the series…in order preferably lol: 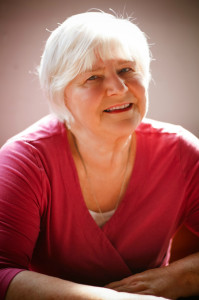 Born in Philly, I’ve spent most of my adult life in the Pacific Northwest where I have happily grown webs between my toes and moss behind my ears. I pursued a number of careers—nurse, legislative staffer, lobbyist, public affairs consultant, non-profit association executive, workshop teacher, oh, and mother and wife—before deciding to leave it all for what I’ve loved through every stage of life—writing. I’ve been published in anthologies, magazines, newspapers and in the brochures, newsletters and reports of my consulting clients and employers. Unless you count speeches for politicians, I’d never written fiction until a cast of characters began inhabiting my daydreams. A glass artist and a gallery owner were there. So were a sculptor and a jewelry designer. When some dead bodies showed up, a couple of cops and a deputy DA arrived. Soon they began to fall in love with each other and work for their happy ending. Bingo. I was a romance writer.