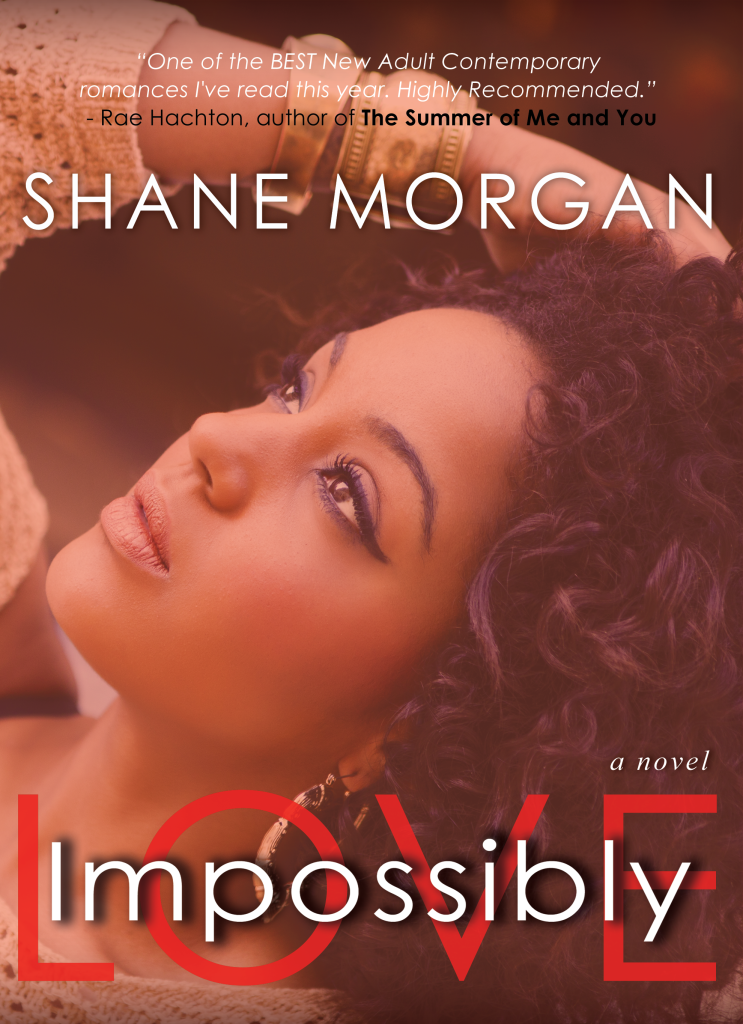 Synopsis
All Moya Douglas wants to do is study hard, maintain her scholarship, and make her mother proud while attending college. She doesn’t have time for a boyfriend or going on dates arranged by her best friend. Moya doesn’t believe in love. And she has no intention of ever finding it.

Branden McCarthy is determined to change her views.
A selfless romantic who’s had his heart broken in the past, Branden is fascinated with Moya’s personality and hopes to develop something real with her—a connection so strong it’ll open her heart. But just when things start to work between the two, Branden’s secret threatens to get in the way.

Will Moya finally do the impossible and give love a chance with Branden, or will fear keep them apart?

Shane Morgan is a lover of “interesting” books. Her imagination is always running wild so it’s best to collect and organize them into separate stories.
Shane’s love for writing started the moment she picked up a Nancy Drew book. At a young age, she began writing short stories, delving into a variety of genres: from comedy and drama, to horror and contemporary romance. Shane’s quite intrigued by the otherworldly or things otherwise deemed “impossible.” Well, in her opinion, people never really grow up, do they?

Moya’s eyes widened when I spun her around to face me. It was obvious what I was about to do and I knew very well she wouldn’t let it happen without a fight. Her attempts at being freed were futile as my hold increased the more she squirmed in my arms.

I blew hard, eager to drown myself in the sweetness of her lips. Dismissing her protest—and the little voice at the back of my head telling me not to—I shoved my mouth to hers and kissed her hungrily.

Moya lifted her hands to my chest and pushed tentatively, and just as fast they began to lower. I knew she couldn’t resist the deep passion evoking between us. Finally, she yielded, and I wrapped my arms even tighter around her as Moya parted her lips and allowed me to enter.

We groaned as our tongues collided, touching each other wildly as if the kiss was not only our first but our last. Moya placed her hands on my lower back, touching me sensually with her fingertips as she worked her way up my spine. She caressed the back of my neck, and then combed her fingers seductively through my hair.

By the time the kiss ended, we were both panting, trying to breathe steadily.

Moya wobbled as she backed away. “I have to get to class,” she whispered shakily as if under a trance.

I released her with regret and watched as Moya turned and started up the path, staggering along the way.

Afterwards, I dragged my thumb lightly along my lips, eyes fastened on Moya as she walked away. I could still feel the heat of her skin on mine, giving light to a fire of pleasure that threatened to make my hands shake in memory of her taste.

Motivated by the promise of her presence, I walked up the path as well, following behind the girl I was indisputably falling hard for and fast.