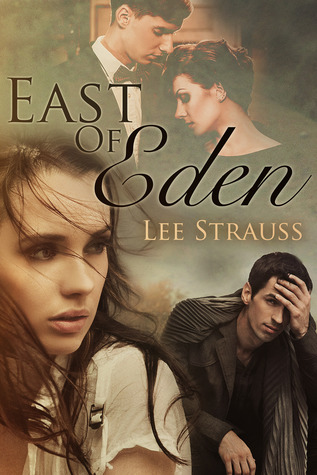 Synopsis:
Regret is a formidable foe.

Eden Kelley is the primary caregiver for her mother who’s in the advanced stages of Alzheimer’s disease, and she’s only twenty-four. Not what she planned to do when she left her husband for a new start with her four-year-old daughter in tow. She’d hoped for free babysitting, but instead she found a mystery. The discovery of an erroneous marriage document leads to more questions, and unfortunately Eden can’t ask her mother for answers because she doesn’t remember.

Her mother’s antics drive her crazy, but Eden’s determined to make the best of it. That includes finding the exciting romantic adventure she’d dreamed about. But when trouble knocks, it’s her husband Cade who arrives to help. It’s awkward and tense. And Eden comes to one sure conclusion: leaving her handsome, caring husband was a huge mistake.

Her parents had a second chance at love? Would she and Cade get one, too?

“So how did they—” he cleared his throat stiffly, “—get back together?”

A beat. It had happened for her parents. Could it happen for them?

“I don’t know, but they did. They never did stop loving each other.” It was little more than a whisper. Despite two pieces of gum, her throat was dry and constricting. She sipped her tea, conscious of her shaky hand. The kitchen clock ticked obtrusively, a time bomb about to explode.

Why couldn’t she tell him the truth about how she felt? The invisible fist grabbed her throat again, threatening to cut off her supply of oxygen if she were to admit to any weakness. Because maybe he didn’t feel the same way. Could she deal with his rejection right now?

Cade sat back in his chair. His eyes narrowed to that deep gaze again. Eden’s mind swirled with desire and regret. Was he waiting for her to say she was wrong? She was wrong, but the demon that held her throat wouldn’t let her say it aloud. Even if she did manage to get the words out, what if he blew her off? Told her what was done, was done?

“I guess we should call it a night, eh?” she said with a thin quivering voice.

“I guess.” His tone was challenging. Somehow she knew the ball was in her court. Where would he sleep tonight? She wanted him to reach for her to ask her one last time to come back to him. She would. She would a thousand times over.

But he said nothing, just pinned her down with his eyes. Eden’s heart pounded so hard she was sure Cade could see it beat through her shirt. She stood abruptly, moving away from him to the counter. She grabbed a dishcloth and wiped an already clean countertop.

Cade got up from the table and walked steadily towards her. His eyes were like tractor beams and she couldn’t break his gaze. She gripped the counter behind her to keep from crumbling to the ground. She wanted him to grab her and shake her like a fabled caveman out to claim his woman. Her pulse roared and heat exploded through her body. His mouth was inches away, his breath hot on her cheek. She willed him to kiss her.

The moment passed and Cade stepped back. She should’ve kissed him. She should’ve grabbed him by the back of the neck and lay one on him. She wanted to, but he’d turned away to pluck his jacket from the chair, and the spell was broken. She stared at the floor feeling weak and brainless. 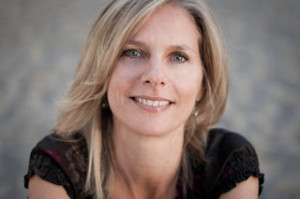 About the Author
Lee Strauss writes historical and science fiction/romance for upper YA and adult readers. She also writes light and fun stuff under the name Elle Strauss. To find out more about Lee and her books check out her Facebook page. Follow her on Twitter and to find out about new releases sign up for her newsletter.