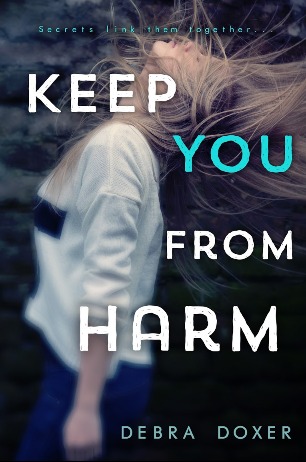 They weigh you down. I’ve kept a secret all my life. It’s my mother’s secret, too. I inherited it from her along with a unique ability that only we possess. She’s gone now, another victim of addiction. If her death isn’t enough to bring me to my knees, her betrayal flays me to the bone. Because the secret my mother and I have been keeping is just one of many she’d kept. She never told me I have an older brother. And now he’s here, eager to be my guardian.

There is no one else. So I move across the country to live with this stranger, my brother. But experience has taught me that most situations are temporary and forming attachments only leads to hurt in the end. That’s why I’m determined to keep to myself in this new place, struggling to seem aloof while I’m quietly breaking apart.

Then I meet Lucas…

His magnetism is hard to resist, and most girls at school aren’t resisting. I don’t fall so easily though, especially not for guys who use their good looks as a weapon. From the start, our interactions are tense and volatile. I know it’s because I’m denying the unwelcome desire that grips me when he’s near. I think he feels it, too. He looks at me with an intensity that threatens to unhinge my resolve. Soon he’s trying to break through the walls that past hurts have built.

But I’m not what I appear to be, and it wouldn’t be fair to get involved with him. At least that’s what I tell myself. Until a terrible act of violence reveals that Lucas has a secret, too. It’s a secret that links us together and ties us to an evil history I never could have imagined.

Keep You From Harm had me hooked from the first page. It is completely addictive, intense and the paranormal aspect gives it an added edge.  If I hadn’t read the genres associated with this book, I never would’ve imagined what I was in for. I don’t think I was adequately prepared for this ride. The way the author inserts the unique paranormal gift into an already brilliant read is both surprising and thrilling. I am already eager to read the next book in this series.

Raielle is a seventeen year old girl who has lived with her mom in California her entire life. They’ve been through a lot. Raielle has even been in and out of foster homes, through the good, the bad and ugly, she’s managed to survive. She is an accomplished student and refuses to end up like her mother who is a recovering addict. They’ve been through a lot and just as they begin to get their lives back on track, her mother is gone. After her death, she learns she has a brother in New York. With no prior knowledge of his existence, she’s suspicious, but technically still a minor. She has no other family and not much of a choice, she heads from San Diego to New York to begin her senior year in a new school with strangers all the while concealing a secret that is both a gift and a curse.

Upon her arrival she meets her brother’s wife and daughter, she’s cautious of his wife who doesn’t seem as welcoming as she appears. Raielle is very perceptive and though she is grateful to have a home to live in, she can’t help but remain wary. She befriends the neighbor and creates a small circle of friends in this new town. Everyone seems to know everyone and Raielle seems like the odd woman out, though she is unfazed by it all. Her arrival in Fort Upton is somewhat of a mystery. She just wants to keep her head down, graduate and head back to the west coast where she belongs. Until she meets Lucas…

Lucas and Raielle share a moment the first night she arrives in Fort Upton, NY. Though they don’t speak, there is a spark that is palpable. Raielle fights her feelings, Lucas behaves like an ass, but soon they find themselves interacting. Lucas is intense and intimidating, but one of the most wanted guys at school. He evokes strong feelings that make Raielle uncomfortable at time, as she fights these feelings she realizes she’s never felt this way before and she’s not so sure she wants it to stop. They share many quiet moments like this and slowly form a bond, free of labels, but no less complicated than a full blown relationship. They both are holding back secrets and until they can trust one another, they’re stuck trying to figure out what they feel.  Will these secrets tear them apart or bring them together?

I’m not going to lie, this book has a crazy cliffhanger, you are guaranteed to be in a state of disbelief! I like the depth to the characters and the relationships they ultimately form. I can’t wait to see where things go.This book has romance, suspense and will leave you in utter shock. Now I just have to wait for book two which I’m sure will be as fabulous! This is a Paranormal/Contemporary Romance/Mature YA. I highly recommend this read!

Debra Doxer has always loved to write. She also loves to read, often finishing several books a week. Debra works as a writer in the network and software security field. For fun, she writes fiction novels.

Debra lives with her family outside of Boston and is currently working on her next book.