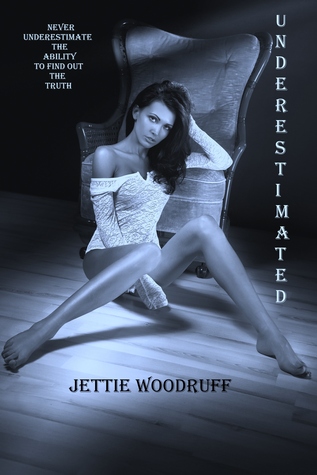 Morgan starts her life in a bad situation, she doesn’t really know what she wants out of life. She’s never had anyone to look up to or help guide her in the right direction. She had it rough and never dreamed that it could get worse. However, she finds that it can and it does.

She learns what real hell is when she meets the husband that she doesn’t want to marry but isn’t given a choice.

Warning! This is not your everyday fall in love romance. This book contains disturbing situations, strong language, graphic, sexual content – some forced, some not. If it’s a happily ever after love story that you are looking for, you should probably move on. If you are up for the ride, stick around and it may just turn into a love story after all.

*This book was provided to me for free in exchange for an honest review. All thoughts and comments are my own.

It’s not often that a book renders me speechless, but Jettie Woodruff’s Underestimated certainly did. I am still unsure how to describe my feelings about this book. Let’s just say, never could I have imagined what I signed up for. I was glued to Underestimated. I could not put it down! I practically lost a day reading…yeah, this was definitely a one sitting read.

It’s incredibly difficult for me to describe the roller coaster of emotions I experienced while reading Underestimated, but ultimately I fell completely in love with the authors ability to draw me in. I was sad, angry, frustrated, overwhelmed with emotions I didn’t realize I could experience. The warning that the author clearly includes with the synopsis should not be taken lightly. This is not for the faint of heart. This book is raw and completely fucked up at times. It is a read that will make you question your own judgment and possibly your sanity. This book….wow…that’s all I keep coming back to. That one word sums up my thoughts on it.

This is a bizarre story that will bring you through a world of emotions. Frustration topped my list on how I felt and midway through I wasn’t sure who I was rooting for anymore. This isn’t an ordinary romance and as Jettie Woodruff warned me, it’s “effed up.”

Where do I begin? Let’s start with Morgan…the book begins in the world of seventeen year old Morgan’s eyes. She’s had an incredibly difficult upbringing and has grown up too fast. She’s been raised in a trailer home with a drunkard father and a mother who abandoned her. She cared for her little brother as though he were her own; taking on the responsibilities of a mother at an early age, but eventually losing him to social services and left to fend for herself.

At seventeen she meets the handsome and powerful Drew, who will become her husband. Exciting as the prospect sounds Morgan is terrified and soon finds out she’s been sold to a monster. She marries Drew against her will and endures years of submission among other heinous acts. Morgan finally escapes and begins a new life with a new identity only to be haunted by her past. She can’t escape the nightmares and daydreams. Drew is in her and as much as she hates him, he’s gotten under her skin.

Morgan just wants to lead a simple life far away from the chaos and abuse she endured for so long, but can she ever truly be normal again? Is love in her future or only pain? When she meets a handsome man who takes an interest in her, she dodges any attempt at dating. She is damaged and doesn’t want or need the drama, but can she steer clear of falling in love with someone who thinks the world of her?

This story took some unexpected turns and the romances were downright frustrating. I began to question my own sanity for the feelings I began to develop for certain characters while reading this book. Morgan frustrated me…a lot. Her indecisive nature drove me to the brink of insanity. There were times where I understood the struggle, but other times I wanted to yell at her for being so incredibly reckless. Regardless of how much she frustrated me, I felt for her. She had a rough life that seemed to get harder with time and although she was brought into a world of wealth by marrying Drew, she rarely ever enjoyed it. She was a prisoner in her own home and experienced trauma and abuse no one should ever have to endure. The outcome of this book may or may not shock you, but the ride will definitely be bumpy.

Underestimated is dark, twisted and may not be suitable for all readers. It is raw and brutal at times exploring many aspects of abuse — psychological, physical, sexual and even verbal. The best way to describe the type of book you are about to read is to tell you if you’re a fan of CJ Roberts Dark Duet series I think there’s a good chance you’ll fall in love with this book. This is an excellent read for my Dark Erotic Romance readers. Please take note that the warning is very real and if you cannot handle a book of this magnitude, steer clear, if you’re interested in one hell of a ride…pick it up today! 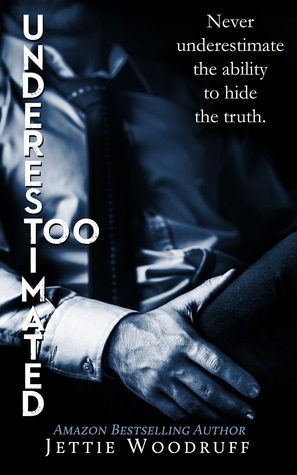