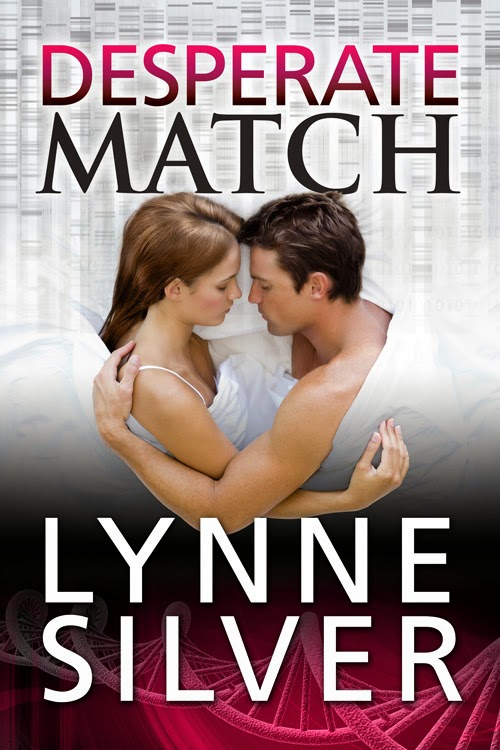 Abused wife, Jill Thompson knows she has to get out of her bad marriage. Like yesterday. With no money, no job and no friends, this small town girl can’t find a safe harbor. But when she sees a news report that The Program, a US military base, is seeking women to be matches for their genetically enhanced soldiers, she sees her opportunity. If she is lucky enough to be a match, her snake-mean husband, Jack, won’t be able to find her, let alone hurt her ever again.

Rowan Blacker, is the only soldier of his cohort to request a breed match. He’s the newest soldier on campus and thanks to his genetic defect, he feels like an outcast. Matching and breeding with a woman will help him fit in with the team. Unfortunately Rowan’s match is nothing like the sexy, fun woman he was hoping to romance. The woman they claim is his perfect DNA match, is a scared shell of a woman carrying a trunkful of emotional baggage. Against their better judgment, they move in together and as Jill shakes off the shackles of abuse, their attraction ignites.

Engineered with superior strength, agility and acumen, the genetically enhanced soldiers of the top secret Program do the dangerous assignments no one else can. Now, they’re tasked with one additional job. Breed. But finding and convincing their perfect DNA match they are the right men for the job may be their most dangerous mission to date. And the hottest. Good thing, they’re Coded for Love.

Their mouths stayed fused and he let his hand do a little exploring, first around her back then around her belly just below her breasts. All on top her clothes. He didn’t think she was ready for naked. And they had to take it slowly. They were living together and might possibly be a match. If they took their relationship to the next level and had sex but it didn’t work out, things could get awkward between them. Especially since they were living together. He’d be taking away Jill’s safe house. He wasn’t that much of a bastard that he’d let his dick fuck things up.

But damn it hurt, especially as her hand slid under his shirt and rubbed a gentle circle on his back. For now it was fingertips, but he ached for a future when it’d be her nails raking his skin and her crying out during orgasm. This simple kiss was hotter than all of his sexual encounters combined, and for the first time he understood why his brother and Xander were so gaga for their matches.

The connection was intense.

By day, Lynne Silver lives the suburban soccer mom life; volunteering with the PTA, doing laundry and working. By night she enters the sensuous world of alpha males and passionate heroines. She calls the nation’s capital home and lives in an old fixer-upper with her husband and their two sons. When not writing romance, she reads it. Lots of it. Over and over and over again, preferably with a bag of M&Ms in hand.