CONFESS, is coming to a screen near you in early 2017!

Goodreads Choice Award winner for best romance of 2015, CONFESS, is coming to a screen near you in early 2017!

Awesomeness TV’s Awestruck platform announced today that production has begun on the CONFESS series, based on the New York Times bestselling novel by Colleen Hoover. Lead character Auburn will be played by Katie Leclerc, known for her role in Freeform’s Switched at Birth, and love interest Owen (OMG!) will be played by Ryan Cooper, known for his role in MTV’s Eye Candy (he will also appear in the comedy Rock That Bodywith Scarlett Johansson and Kate McKinnon in 2017). The show will be available via the go90 platform. 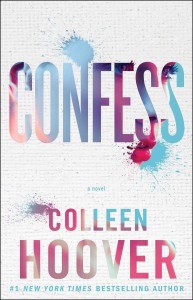 From #1 New York Times bestselling author Colleen Hoover, a  novel about risking everything for love—and finding your heart somewhere between the truth and lies.

Auburn Reed has her entire life mapped out. Her goals are in sight and there’s no room for mistakes. But when she walks into a Dallas art studio in search of a job, she doesn’t expect to find a deep attraction to the enigmatic artist who works there, Owen Gentry.

For once, Auburn takes a risk and puts her heart in control, only to discover that Owen is keeping some major secrets from coming out. The magnitude of his past threatens to destroy everything important to Auburn, and the only way to get her life back on track is to cut Owen out of it.

The last thing Owen wants is to lose Auburn, but he can’t seem to convince her that truth is sometimes as subjective as art. All he would have to do to save their relationship is confess. But in this case, the confession could be much more destructive than the actual sin…

Get Your Copy Now!

Production Has Begun on the Series Based On the Romance Novel by New York Times Best Selling Author, Colleen Hoover 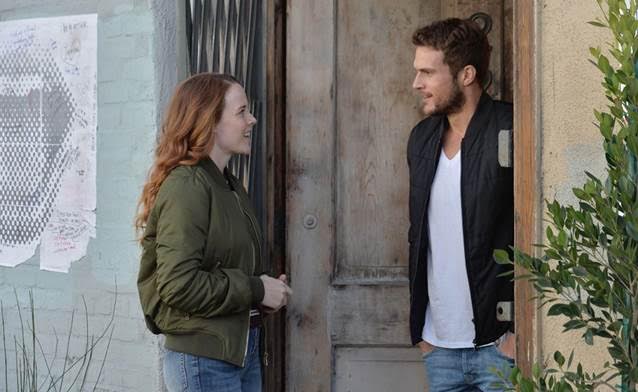 Los Angeles, CA—December 7, 2016— Awestruck, the fastest growing digital entertainment brand for millennial moms, is proud to announce that production on their first ever scripted series has begun. The series for go90 is based on Colleen Hoover’s novel, Confess, which won the Goodreads® Choice Award for Best Romance Novel of 2015.

Based upon the novel from bestselling author Colleen Hoover, Confess is a modern love story about the secrets we keep to protect the ones we love. Auburn Reed, played by Katie Leclerc known for her role in Freeform’s Switched at Birth, is determined to put her challenging past behind her and get her future on track. Now in her mid-twenties and struggling to fund her custody battle for her only son, she stumbles upon the art studio of the talented and charming artist, Owen Gentry, played by Ryan Cooper, known for his role in MTV’s Eye Candy, and who will be appearing in the comedy Rock That Body with Scarlett Johansson and Kate McKinnon, in 2017. The two wrestle with their developing romance and the secrets they’re both keeping until they realize they may risk their future if they don’t reveal their pasts to each other. Will they confess, and can their love survive the truth?

Acclaimed actress Sherilyn Fenn, known for Shameless, Ray Donovan, and her iconic role as Audrey Horne in the original Twin Peaks and the upcoming 2017 reboot, has joined the cast as Lydia, a figure from Auburn’s past. Rounding out the cast is prominent DJ & influencer Amy Pham as Emory, Auburn’s best friend; Brittany Furlan, actress and notable social media influencer, as Hannah, Owen’s ex-girlfriend, and Rocky Myers, appearing in Bloodline: Now or Never in 2017, as Trey, another man vying for Auburn’s heart.

Colleen Hoover is the #1 New York Times bestselling author of eleven novels and five novellas. Hoover published her first novel, Slammed, in January 2012. Since then, all of her full-length novels have become New York Times bestsellers. This year, Colleen was awarded the Goodreads Choice Award in the romance category for the second year in a row for her novel It Ends With Us.

“I’m excited that my partners at Awestruck are transforming my novel, Confess, into a scripted series,” says author Colleen Hoover. “I’ve poured my heart and soul into the romance genre and am honored that my work will now be visually represented for readers everywhere. I can’t wait for you to experience the story of Auburn and Owen, two strangers that take a huge risk on their growing love, and find their hearts caught between truth and lies.”

“Developing Confess, our first scripted series, is the next step in the Awestruck evolution and we are thrilled to bring Colleen’s characters to life,” said Lisa Berger, Executive Producer. “Colleen is one of the most respected romance writers working today, and we are honored to partner with her and seize this opportunity to tap into this underserved market. We’re committed to making the type of content women want to watch, and there’s nothing like a good romance.”

Confess is adapted for the screen and directed by Elissa Down. Executive producers include Lauren Levine, Colleen Hoover, Amy Kim and Jamie Burke (Lifeboat Productions), Brian Robbins, Brett Bouttier, and Lisa Berger. The series will premiere in early 2017 exclusively on go90.

go90 is currently delivering over 250 hours of exclusive original series from some of the industry’s most talented and interesting studios and creators.

go90 is a free, mobile-first, social entertainment platform that makes it easy to discover, view and share content from the most beloved networks, distributors, creators, audiences and brands in digital entertainment. Available on the web, iOS and Android, go90 brings together and delivers premiere entertainment experiences across every screen. go90 is part of the Communications family of companies. Start watching now on go90.com.