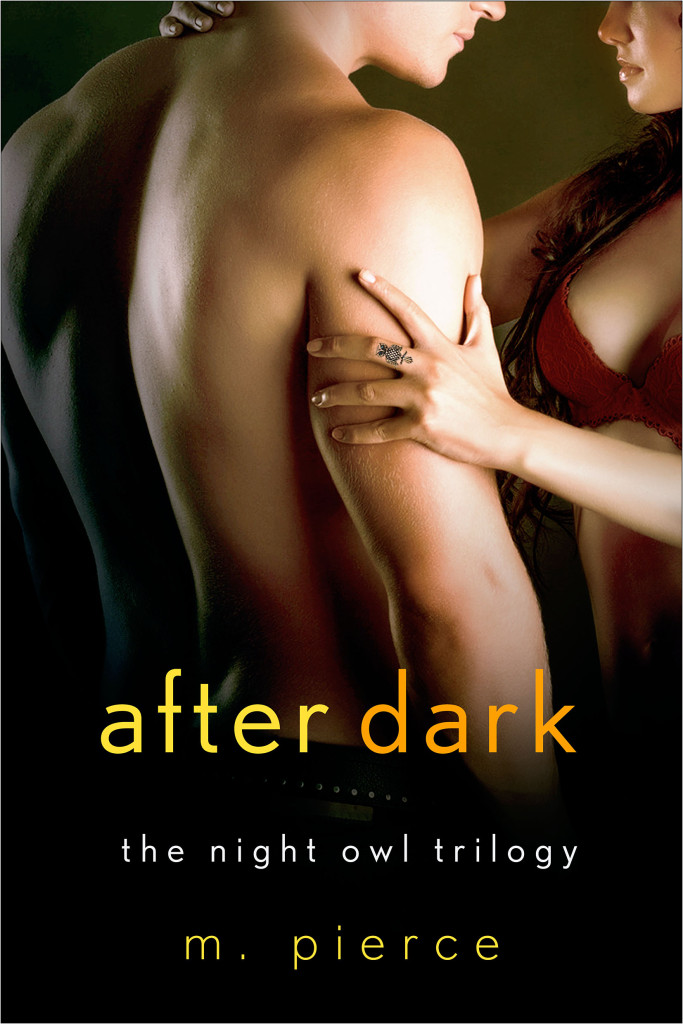 In the final novel of the Night Owl Trilogy from bestselling author M. Pierce, can a passion that has withstood many ordeals become a love strong enough to last a lifetime?

Matt Sky is trying to return to normal, having faked his death and come back to life. He and Hannah move back in together, and Matt attempts to put his demons to rest as they strive to grow their relationship into something durable and honest. But as the two become more and more entangled, and the heat between them intensifies in all the best possible ways, Matt’s desire for Hannah ignites cravings he has kept at bay for a long, long time…
Hannah finally has the life she’s always wanted: she’s pursuing her career as a literary agent at Granite Wing Agency, she is writing her first novel, and she is living with her hot, passionate lover. But as Matt and Hannah explore a new intimacy, Hannah finds that there are parts of Matt–dark, wild, uncontrollable parts–that he has yet to show her…that he has yet to show anyone…Under the surface of Matt and Hannah’s domestic bliss, deeply buried secrets burn, and all of a sudden, the least foreseen obstacle threatens to shatter everything they’ve worked so hard for. 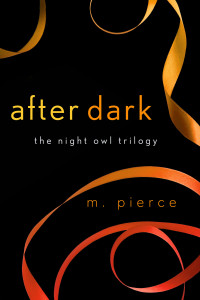 Other Books in the Trilogy: 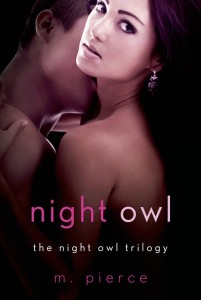 “Tautly written, complex, and vibrating with a dark sensuality that will have you at once blushing and anxious. You’ll think you have this book pegged . . . but you’ll be wrong.”—Christina Lauren, New York Times, USA Today, and international bestselling authors of The Beautiful Bastard series

At twenty-eight, Matt Sky has the perfect life. He has a beautiful girlfriend, a massive inheritance, and four national bestsellers — all penned under his airtight alias, M. Pierce.

At twenty-seven, Hannah Catalano is a train wreck. Her boyfriend is a deadbeat and her job is abysmal.

Matt and Hannah meet online as writing partners. Their relationship is safe, anonymous, and innocent…

Until Matt sees a picture of Hannah. Hannah’s picture sparks an attraction Matt is powerless to ignore. When circumstance brings Matt and Hannah together, the strangers begin a love story that’s passionate, poignant, unforgettable, and unstoppable. 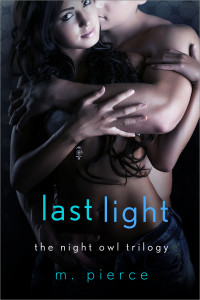 Matt Sky is missing. After a solo ascent of Longs Peak that left only a large blood stain, tatters of climbing clothing, and the tracks of an animal in the snow, he is presumed dead.

Hannah Catalano is guarding a secret: she knows Matt is alive. After Matt’s memorial service, she lingers on the East Coast with his family, but it soon becomes clear that his brothers’ motives are less than gracious. Nate Sky is bent on tracking down the author of Night Owl, a book that charts the last days of Matt’s life with uncanny and scandalous accuracy, and which appeared only after his death. Seth Sky is bent on getting Hannah into his bed.

Hidden away in the woods, Matt and Hannah strive desperately to maintain their ruse and their relationship—but their web of lies only tightens as Matt struggles with the consequences of his decision, and Hannah tries to escape Nate’s libel suit and fend off Seth’s advances…until Hannah is put in danger, and Matt must make a life or death choice.

We made out for a full quarter-hour before I noticed the tent in the living room.

“Matt!” I snickered. He’d moved the coffee table and couch to accommodate the tent. It was new, or new to me—a tall gray and orange dome.
“Aha, she finally sees it.” He stalked over to the tent. Yes, it was definitely new. Matt wore his distinct “Do you like my new toy?” expression, and he circled the tent and folded his arms and studied it, signaling that I should also take a moment to admire it. I did.
“Wow . . . it’s nice.” I touched one of the poles. “So big. So . . .” In our living room.
“Mm. I got it at REI. Had to throw it together, make sure nothing was missing.” He frowned at the mesh-and-polyester palace. “I thought we might take it for a spin this evening, but not in this weather.”
On cue, thunder crackled and boomed outside.
“Oh, babe.” I rubbed his back. “Lemme get into dry clothes and we’ll ‘take it for a spin’ right here, okay?” I kissed his cheek. “Happy Fourth.”
His eyes lit up like a child’s.
“Perfect,” he said, already halfway into the tent.
I peeled off my wet clothes and changed into my Shell Belle Couture chemise, an expensive little gift from Matt. I never bought such nice things for myself. The champagne silk complemented my pale skin and felt luxurious. The lace cups, well . . . I resisted the urge to grab a robe as I felt my nipples hardening. Matt liked the lace cups best of all.
In the bathroom, I untangled my hair with Moroccan oil and washed my face. On my skin, I left the scent of rainwater.
I returned to a living room devoid of pillows.
The tent flap was shut.
“Knock knock?” I said.
With a swift zinging sound, Matt unzipped the door from inside.
“Why, come in.” He was laughing. The tent was tall, but taller Matt stood stooped beneath the dome. All our pillows lay around his feet.
“Don’t mind if I do.” I took his hand and stepped inside.
He stared openly at my chest.
“Oh,” he said.
His expression grew somber. I wanted to burst out laughing.
God, his cuteness . . .
“Very swanky in here.” I sat cross-legged on a pillow and looked around. The tent was cozy, the inner flaps a vibrant orange, and adorable Matt had stocked a wall pouch with snacks and drinks: two cans of Coke and a bag of goldfish. In another flap, two books and a flashlight.
“I was just testing those pouches,” he mumbled, gesturing to the snacks. “Hi.” He shucked off his shirt—yum—and crawled to me. “Hi . . .”
“Hi,” I said, giggling. “Hello. Did I ruin storytime with lingerie?” I slid my fingers up his arms. Whisper of skin on skin. My hands curled over his shoulders.
“No.” He closed in on me, his body pressing mine back and down. He went for my neck with his teeth, like an animal. Bit the column of my throat. Licked away the hurt.
“Ah,” I gasped, arching under him. I pawed at his abs and pulled at the band of his lounge pants.
An electrical pop sounded in the condo and the room went dark.
Matt and I froze.
We laughed in unison, sitting up and holding one another.
Pure darkness. I clung to his torso.
“Well, this is a first,” I said. “Our first power outage.”
“Always be prepared.” Matt groped around until he found the flashlight. He turned it on and hung it from the top of the tent. A cone of light shone over us.
His erection tented the front of his pants. I reached for it, my hand drawn to it. I gripped his head through the fabric. God, I loved seeing him turned on.
“I’m glad that happened.” He flexed into my hand. “Slowed me down.”
“Baby, you don’t have to slow down.”
“I know. I want to.” He caressed the undersides of my breasts and my nipples. The intricate lace of the cups scratched gently at my skin. I twitched and moaned.
He reached up and turned off the flashlight. 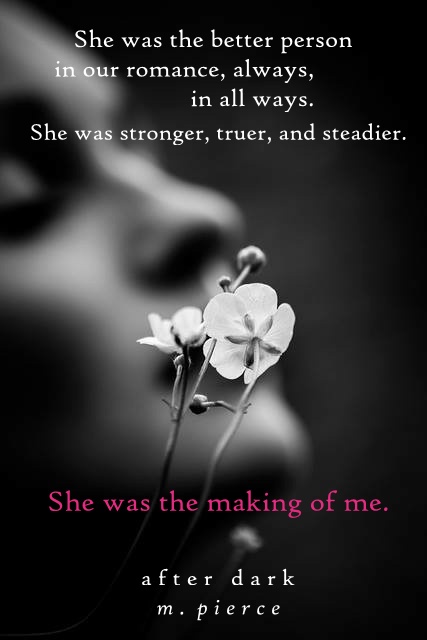 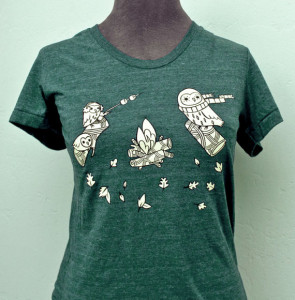 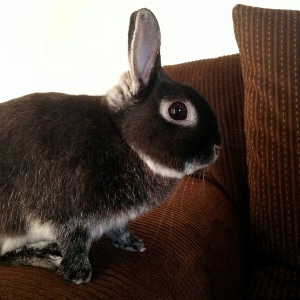 The Breathing Series by Rebecca Donovan – All three e-books in this incredible series are currently on sale for $1.99 for a limited time!

One Pink Line by Dina Silver – One of my favorites and an absolute must read! This book is all about love and only $1.99 for a limited time!!!

The Bronze Horseman by Paullinna Simons – A love story that has been described as EPIC by many, grab this title while it is still on sale for just $1.99!!!

Flat-Out Love – one of my absolute favorite series. Flat-Out Love is witty, entertaining and incredibly beautiful. The e-book is on sale for just $2.00 for a limited time! If you’d rather the paperback this title can be purchased for just $5.99 and added to your collection!

Left Drowning – another must read. Left Drowning is intense and heartbreakingly beautiful. Grab the e-book for just $1.99

Tall, dark, and lethal…Trouble just walked into Nicholas Rixey’s tattoo parlor. Becca Merritt is warm, sexy, wholesome–pure temptation to a very jaded Nick. He’s left his military life behind to become co-owner of Hard Ink Tattoo, but Becca is his ex-commander’s daughter. Loyalty won’t let him turn her away. Lust has plenty to do with it too.With her brother presumed kidnapped, Becca needs Nick. She just wasn’t expecting to want him so much. As their investigation turns into all-out war with an organized crime ring, only Nick can protect her. And only Becca can heal the scars no one else sees.Desire is the easy part. Love is as hard as it gets. Good thing Nick is always up for a challenge…

Life shouldn’t be about picking up the pieces. Beth Bradshaw has spent her life hiding from her tragic past. From the moment a trusted family friend steals her innocence until the moment another rescues her, she struggles to just survive. Surrounded by the comfort and protection of her extended family, Beth embarks on a journey of healing far from the horrors of her home. In her darkest moments, she meets a boy named Ryan. For one incredible summer, Ryan shows Beth what it’s like to act her own age. To feel free and let go. If only for a while. Years later, another tragedy threatens to shatter the life Beth has carefully crafted. When faced, yet again, with more pieces to pick up, Beth begins to question what her choices have cost her. Leaving her old life behind, she sets forth on a pilgrimage that will bring her back to the boy she could never forget. He wants to help her pick up the pieces of her life, but is she willing to do what it takes to become whole again? Can she trust him with a piece of herself?

In all fairness I read this book before it was edited and released through HarperCollins so I had issues with the editing BUT it is still an amazing story and I am sure the issues have since been corrected They were a bit of a distraction for me while reading, but I won’t lie, I still devoured the book and I look forward to completing this series.