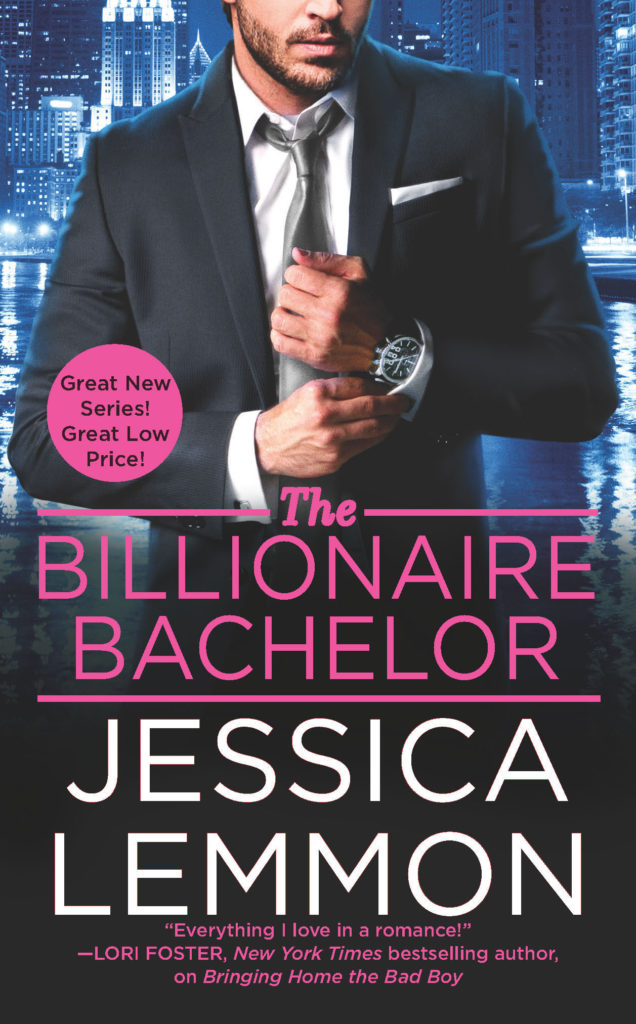 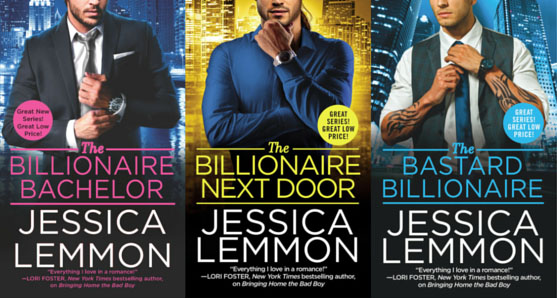 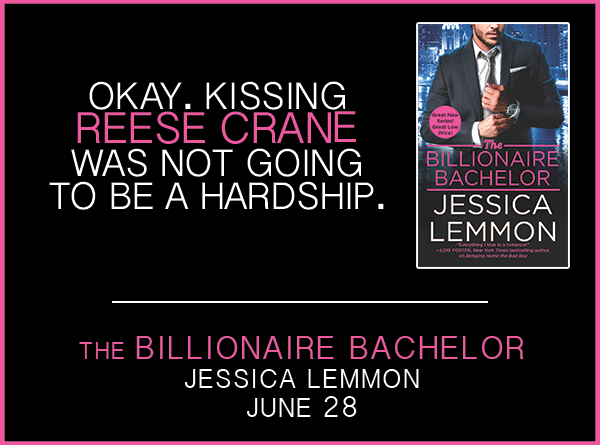 Book Review: The Moment of Letting Go by J.A. Redmerski 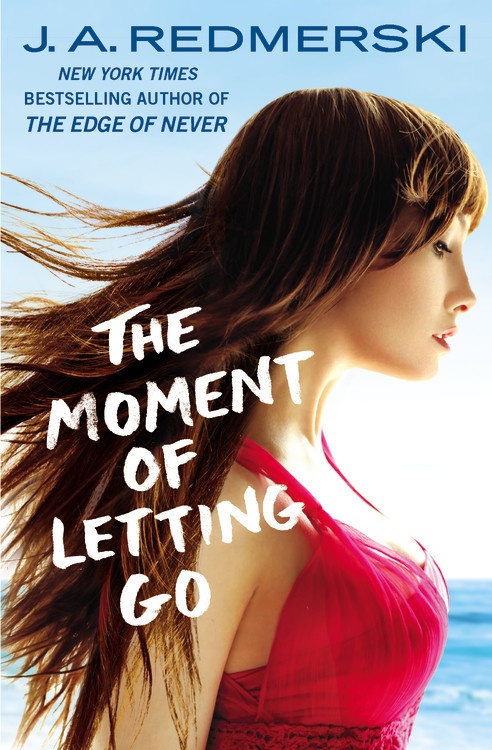 Sienna Murphy never does anything without a plan. And so far her plans have been working. Right after college, she got a prestigious job and gained the stability she’d always craved-until work takes her to the sun-drenched shores of Oahu and places her in the path of sexy surfer Luke Everett. For the first time, she lets her heart take control. Drawn to his carefree charm, she makes a spontaneous and very un-Sienna-like decision to drop everything and stay in Hawaii for two more weeks.

Luke lives fast and wild. When he meets Sienna, he’s convinced that some no-strings-attached fun is just what she needs. As their nights quickly turn from playful to passionate, Luke can’t deny the deep connection he feels. But there’s a reason Luke doesn’t do long-term. He can’t promise Sienna forever, when the enormity of his past has shown him just how fragile the future can be . . .

This was an ARC provided to me for free in exchange for an honest review. All thoughts and comments are my own.

Poignant, insightful, and utterly beautiful. I fell deeply in love with this book as is usually the case when I read anything by J.A. Redmerski. This book strikes a chord as it opens the readers eyes to how sometimes we allow ourselves to live completing mundane task after mundane task only to look back and wonder have I actually lived? I love J.A. Redmerski’s writing style and somehow you always walk away with a lesson. This story is heart wrenching and inspiring. It makes you want to live a life filled with all the things that make you happy and free. Would you rather a happy and fulfilling somewhat minimalist lifestyle or would you rather have full pockets and things?

Sienna Murphy has lived without really understanding what it means to live. After securing a high paying job after college she is assigned work in Hawaii. She is only meant to spend a couple of days there, but when things go awry Sienna runs off with seemingly reckless abandon desperately seeking a place to clear her mind. As Sienna carefully considers her life and the direction it’s taken, her moment of solitude is interrupted by Luke Everett. Luke knows what it means to live life on the edge. He knows how fragile life is yet when he meets Sienna he can’t help but feel a glimmer of hope. He takes a chance and talks to her. When Sienna and Luke meet their connection is almost instantaneous and though their interaction is brief it leaves a lasting impression. Luke words resonate loudly causing her to consider meeting him again.

From the moment she meets Luke Everett she’s curious to see life the way he does. She wants nothing more than to get to know him, but she knows trusting him is a risk, one that she is afraid will leave her with a broken heart. Luke, equally afraid, takes a chance on her and she willing steps out of her comfort zone plunging headfirst into his world. Although she knows their time together is limited, Sienna takes a leap. She extends her vacation and decides spending a full two weeks exploring Hawaii as his guest and learning more about him is exactly what she needs. As much as Sienna and Luke would like to forget the world around them and just enjoy their time together they both know their realities and that the clock is ticking. Will they find a way or will they walk away simply learning some very valuable lessons from one another?

Written with passion and candor, The Moment of Letting Go displays vulnerability, love and life in an exquisite way. It will leave you absolutely spellbound. Highly recommended for New Adult and Contemporary Romance fans alike. This is the perfect summer read!

Then he gets up and grabs my hands from the tops of my bare knees, pulling me to my feet.

“We’re going swimming,” he says. “And we’ll talk more about this later…like on the day your vacation is over and you’re standing at the gate in the airport about to kiss me goodbye.”

“Wow, you really think highly of yourself, don’t you?” I can’t keep the laughter from my voice.

“Damn straight!” he says and pulls me along beside him. “Before these two weeks are over, I can guarantee you three things.” He holds up three fingers as we continue onward toward the water. “One”—he holds up one finger—“you’ll never want to go back to San Diego once Hawaii is done with you.” He holds up two fingers. “Two—that photography love of yours will start to take the place of everything else in your life. And three”—he wiggles three fingers and we stop on the beach where the water can pool around our feet—“you’ll kiss me at least once before you go home.”

I blush hard and it feels like my eyes are bugging out of my head. “I might peck you on the cheek or something, but—”

“No,” he says, smiling and quite serious, “it’ll be a full-on, tongue-dancing kind of kiss.”

I smack him playfully on the arm—something is fluttering around inside my belly.

Luke grabs my hand and pulls me out to the water with him, where we swim and hang out on the cliffs until late in the afternoon. People come and go throughout the hours, sometimes leaving us with Alicia, Braedon, and a few of their close friends to have the area to ourselves for a while before more people show up in intervals.

“Backflip!” someone says just before Luke jumps into the water for probably the twentieth time.

And every time he does it, it ties my stomach up in knots. But there’s something about him that I can’t quite figure out when I watch him leap off the edge of that cliff; it’s not overconfidence or showing off or recklessness, but something deeper, more profound. Maybe it’s a sense of freedom, or a natural high that consumes him while he’s in the air, as if he had been born with a pair of wings that only he can see. But the more time I spend with him, the more intrigued I become. Sure, he’s gorgeous and funny and polite and all the kinds of things—so far—that would make my mom love him to death. But what intrigues and excites me more is how he kind of makes me want to jump off that stupid cliff regardless of how scared I am of it. 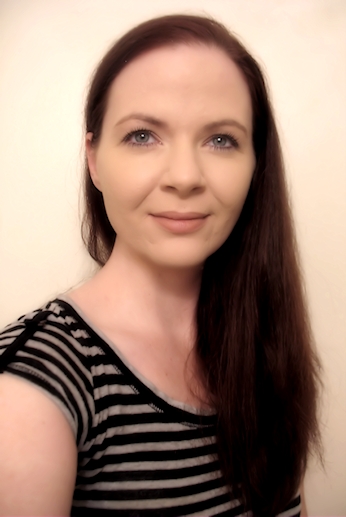 J.A. Redmerski, New York Times, USA Today, and Wall Street Journalbestselling author, lives in North Little Rock, Arkansas with her three children, two cats and a Maltese. She is a lover of television and books that push boundaries.

Connect with the author!

This giveaway is Open to US/Canada residents only