When her father drags her to a new life in Wyoming, Aspen Brand doesn’t expect to fall for a cowboy named Kyle Thacker—but she does. At seventeen, Aspen and Kyle share unexpected ground: guitar, running, physics. And guilt. Aspen blames herself for her mother’s car accident, while Kyle can’t find a way past his brother’s suicide.
On their first date they open up to each other, forging an unbreakable bond between them. But Kyle has spent two years living with a vicious secret—one his ex-girlfriend will do anything to protect—and sharing his truth with Aspen makes her a target. Now if Kyle is to be her love story, Aspen must first win the fight of her life.

OR link to the giveaway if you cannot post javascript: http://www.rafflecopter.com/rafl/share-code/NGE1MDEyNTkzNmEzMjcwYWY1N2NlODA1YWVlMmE3OjI1Mw==/

Painted Boots is a sweet book with some painstakingly frightening moments.

Aspen Brand’s father uproots their life and heads to Wyoming to start fresh after the loss of his wife, Maddy, Aspen’s mother. While Aspen is grieving her father also struggles with the loss of his beloved wife. He’s lost without her and navigating his role as a parent isn’t easy. He loves Aspen fiercely but it seems his wife was their anchor. She was the glue that held them together.  Although this book has a beautiful romance. I loved the dynamic between the parents and the children. I would’ve liked to know more about the parents pasts and their own stories…perhaps in another book (hint hint Mechelle lol)

Aspen’s first day at her new school starts off on the wrong foot. She encounters a group of girls and acknowledges them kindly only to be met with sneers and rude comments. She notices Kyle Thacker immediately, she’s drawn to him and she wants to know more about him, but Em Harrelson, his ex girlfriend wants no part of it. She’s determined to keep Kyle at any cost and if she has anything to say about it Aspen won’t be on his radar. Em’s efforts borderline obsessive and downright terrifying at times. Kyle wants nothing to do with her but she won’t leave him alone. Kyle has a secret one he’s afraid to share with anyone, until Aspen. She has breathed life into his world again. He opens himself up to her and opens his heart but after sharing this secret he fears for her own safety.

This book covers a really serious topic but one that generally doesn’t get presented in such a harsh, violent manner — bullying. Em Harrelson is probably the meanest of the mean girls. She’s downright mental but Kyle and Aspen cling to one another as they open up and share their secrets hoping that Em will allow them a happy ever after. Aspen and Kyle’s story is inspiring and truly beautiful. I loved the honesty between these two. Their relationship, though they are young is a relationship many people search a lifetime for. It is a sweet story but their are some alarmingly violent moments that shake you to your core. I felt for Aspen and Kyle but I also felt for their parents. The parents who were so very supportive and loving throughout everything both their families had endured. This was a good read especially if you’re a fan of cowboys.

I’d recommend this book for those interested in mature Young Adult books. 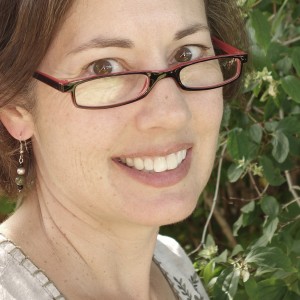 Mechelle Morrison loves language–she’s always wished she could speak and write them all. She lives for chocolate, lazy summer days, spontaneously funny things . . . and family. She’s sort of scared of dogs.

When she’s not reading or writing or wandering the world, she can be found in her backyard in Utah with her husband, their daughter and the bevy of quail that live behind their garage.

If she didn’t write she’d make stop-motion animation shorts. So she does that anyway.