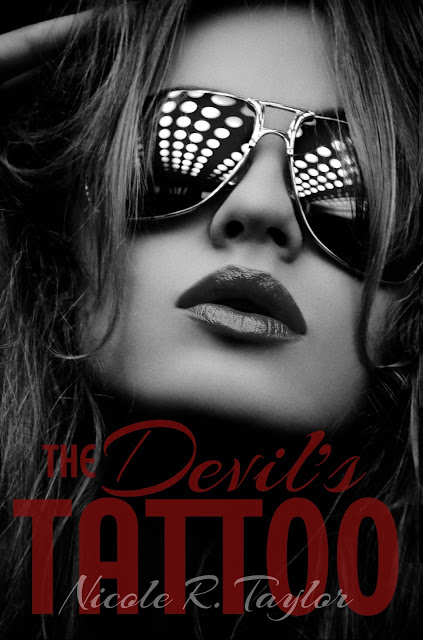 Zoe Granger picked up her first guitar the day her heart was smashed into a billion pieces. It was a way to keep her mind off her inevitable downward spiral, but music soon became her escape. She’s been burned too many times to tell and is just happy to coast through life, never putting herself out there. That’s until her best friend Dee suggests they start a band and suddenly she finds herself not just a part of it, but fronting the whole outfit.

They call themselves The Devil’s Tattoo and when they release their debut EP, it rockets to the top of the charts and it’s like an overnight fairytale. Contracts, photo shoots, royalties and interviews are heaped onto the shy Zoe and it’s like she’s finally found her place. Then comes the phone call that changes everything. They’ve been asked to co-headline a tour with one of the hottest bands of the moment, The Stabs and Zoe will never be the same again.

Will Strickland is one fourth of the hottest indie rock band to ever grace the airwaves. He’s the bass player in The Stabs, hot as hell and could have his pick of any girl that flings herself at him. But he’s only got eyes for Zoe and she has no idea why he’d bother. She’s got one hell of a trust issue and an attitude to boot and Will seems to be the one who wants to tame her, but is he game enough?

The Devil’s Tattoo and The Stabs go on the road and it’s either going to be a highway to hell or a stairway to heaven. Only time will tell who will come out on top and Zoe’s determined to do it without getting her heart broken… again.

Dee pulled out another notebook from his bag and tossed it to me. “Write the lyrics.”
I look at the empty notebook and Dee’s tattered one that’s full of ideas and marks and don’t know where to start. I try not to think about it too much as I grab a pen and write out the music best I can. It’s already there, I just have to translate it into something coherent. But, when it comes to the words, I see what Dee’s written and it could be a song for me. No wonder he wants me to change it. He wants the song to be from me, instead. My side of the story.
The couch dipped next to me and Dee stuck his head over my shoulder to see what I’m writing. I pressed the notebook into my chest and he tried to snatch it away.
“Hey,” I cried. “I like you and all Dee, but stop trying to feel me up.”
His lips curved into a sly smile and he knew that I was onto him and for once I don’t argue.
“What are we gunna call ourselves?” Frank asked. Before Chris could open his mouth he added, “No ideas accepted form Chris.”
“Why not?” he grumbled.
“We’re not into Morrissey,” Dee laughed.
“I think Empty Hands is a good name for an indie band,” I said kindly.
“Thanks, Zoe,” Chris smiled and tapped his bottle against mine.
“We’re not a pansy mopey indie band,” Frank said and beat on his chest. “I want to beat the shit outta those skins, for one. I’m too manly to get in touch with my feminine side.”
Dee’s watching me with a frown and I realize I’ve been running a finger along the scar on my arm.
“Tattoo,” he said, his eyes meeting mine.
“What?” I jumped and tucked my hands under my legs.
“Tattoo,” he said again and I could almost see the light bulb over his head. “The Devil’s Tattoo.”
As soon as he says it, I knew he wanted to name the band after me. I can’t help but wonder who the devil is meant to be. The devil scarred my arm and I covered it with a tattoo.
“Dee,” I began to scold him.
“Bloody LOVE IT,” Frank shouted, on his feet.
“It’s not like that, Zoe,” Dee whispered in my ear. “You’re my phoenix from the ashes. You’re my version of the devil, babe.”
It sounded like he was declaring his love for me and in a way he was, but not like that. Dee’s my brother. Dee’s my family.
I smiled at him. “The Devil’s Tattoo.”
“All in favor?” Dee asked, but it’s already been decided.
“Hell yeah!” everyone shouted, and it’s done. 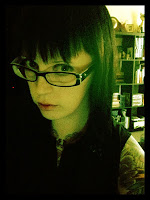 Nicole R. Taylor is a paranormal, urban fantasy and contemporary fiction author from Ballarat, in Victoria, Australia. Nicole is a graduate of the University of Ballarat Professional Writing and Editing program and is a former music memorabilia sales person and grocery merchandiser. Previously, she has written for Fasterlouder.com.au and various small street press music and entertainment publications as a gig and album reviewer before publishing her first Urban Fantasy novel in early 2013. When she isn’t writing, Nicole likes to spend time curled up with a good book and her 3-year-old rescue cat, Burger. She gets itchy feet more often than not and has lived in three countries and travelled to three times as many.
Her new paranormal fantasy series, The Witch Hunter Saga is available in print and eBook (from March 2013).