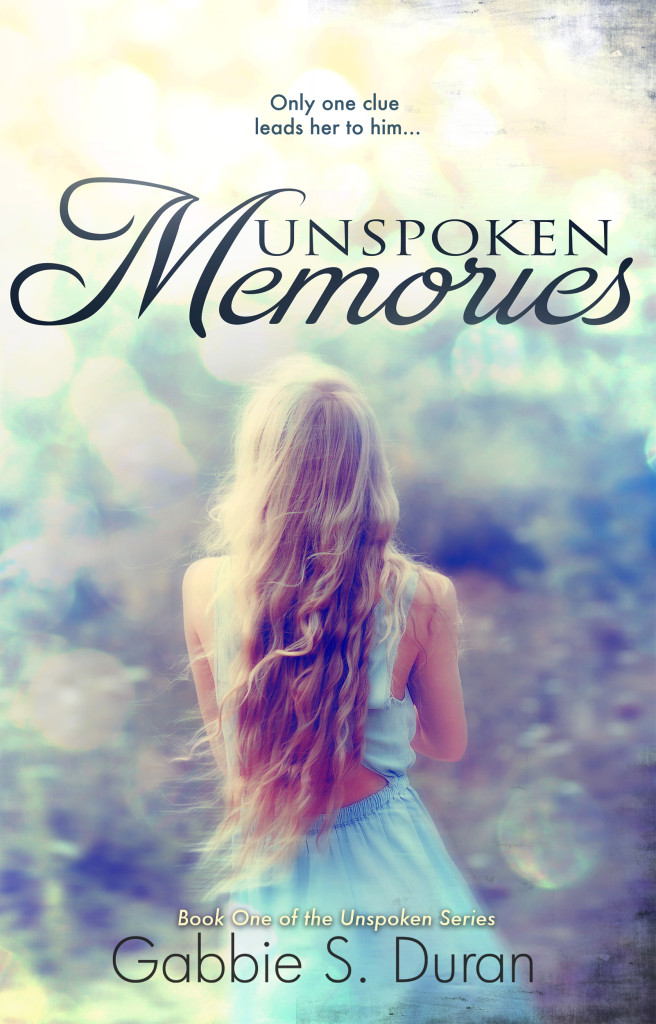 She awoke with only one clue about who she was, and that one clue led her to him…

Abigail Adams had it all, she’s a gorgeous supermodel, has a wealthy fiancé, and a career on the rise. But that quickly changes when she wakes up in the hospital not remembering anything. The only memories she does have are not her own, but the ones that lead her to him.

After Abigail discovers that her fiancé has been cheating on her, she leaves him and runs to the arms of the one man she is hoping will give her the answers she seeks.

Matt Garcia is used to playing the field, but then supermodel Abigail Adams unexpectedly shows up at his door hoping he will be the answer to her past. Will he finally learn to take a break from his no strings attached lifestyle and show her that she doesn’t need her past, but the future he is willing to offer her? Will he be able to leave his past behind?

I sit there in silence, giving them time to absorb everything I’ve said.

Trying to distract myself again from the tension beginning to build up inside, I begin to look around the room. I notice on one of the walls is a wall hanger, with a whole bunch of medals hanging from them. I walk over to them and start looking at them. As I’m doing this I get another memory.

This one is of Matt and me. A crowd of people surrounds us, as a medal is being placed around my neck. I feel ecstatic as I hug him. I’m looking behind him at the big banner that says “Portland Marathon” in big green letters. It’s a finish line, and by the year on the banner it was just last year.

Excited, I turn to face Matt, this must be where we met. Even though I don’t remember reading anything on Google that said I was a runner. “We ran the Portland Marathon together last year, that’s where we must have met.”

He gets up and comes over, standing next me and begins concentrating on the medals with me.

“No, we didn’t,” he clips out, keeping his eyes on the medals.

“Yes, we did, you’re in my memory and we’re crossing the finish line together.” At least I’m pretty sure we did. “They gave us our medals together and we are hugging.”

Matt looks back at me with a fierce glare. His chest is beginning to rise and fall, and he’s shaking his head. His eyes turn glassy like he wants to cry, but he’s fighting to hold it back. “I didn’t run it with you,” he insists, staring at me in disbelief, and irritation laces his voice. “I ran it with my sister. It was the last race we ran together.”

Oh shit! Then why am I having this vision? It has to mean something, I was pretty sure it was my memory. It felt so real.

“Are you sure? I’m pretty sure I’m right. I clearly see the memory. It was only last year, and I’m pretty sure I was there with you. “Can I be wrong? No, I wasn’t asleep when I got this one, so I know it has to be an actual memory. “What about my dream of running with you in the park, that has to be real, right? There’s a trail in the background.”

This makes Matt angry and he walks away. “Now you’re fucking with me. Who’s been feeding you her info?”

“What are you talking about, nobody is feeding me info. I told you these are the things that I remember. The only things I remember. Besides you, and who is this she you keep referring to?”

Matt shakes his head and runs his hands through his hair. The other guy starts drinking from his beer again. He looks like he wants to put his two cents into the conversation, but he decides to stay quiet. He’s trying to absorb everything, and so am I.

“Look, there is no way you would have those memories unless somebody told you about them.”

He goes quiet but then his eyes light up, like he’s just realized something. I’m soon disappointed when he says, “I get it. She must have done some designer shit for you. That’s when she must have mentioned that she ran the marathon. She talked about running to anybody who would listen.”

I shake my head in disagreement, wanting him to believe me.

Matt starts pacing the small space in the living room in front of the patio door. What is he talking about, and who would design something for me? I start biting my thumbnail and pacing the room next to him, but in the opposite direction, causing us to pass by each other. That’s when the other guy stands up from the couch.

“Dude, you guys need to stop that walking shit, you’re making me trip.”

I’m irritated again as I look over at him and snap, “Oh, shut it Trey, I’m trying to figure this out!”

He drops his beer and it lands on the floor with a loud thump. Matt’s body spins around fast, facing me, and he covers his mouth with a fist.

“Holy shit, she even sounded like her when she said that!”

Unspoken Memories is slated for release on October 11, 2013 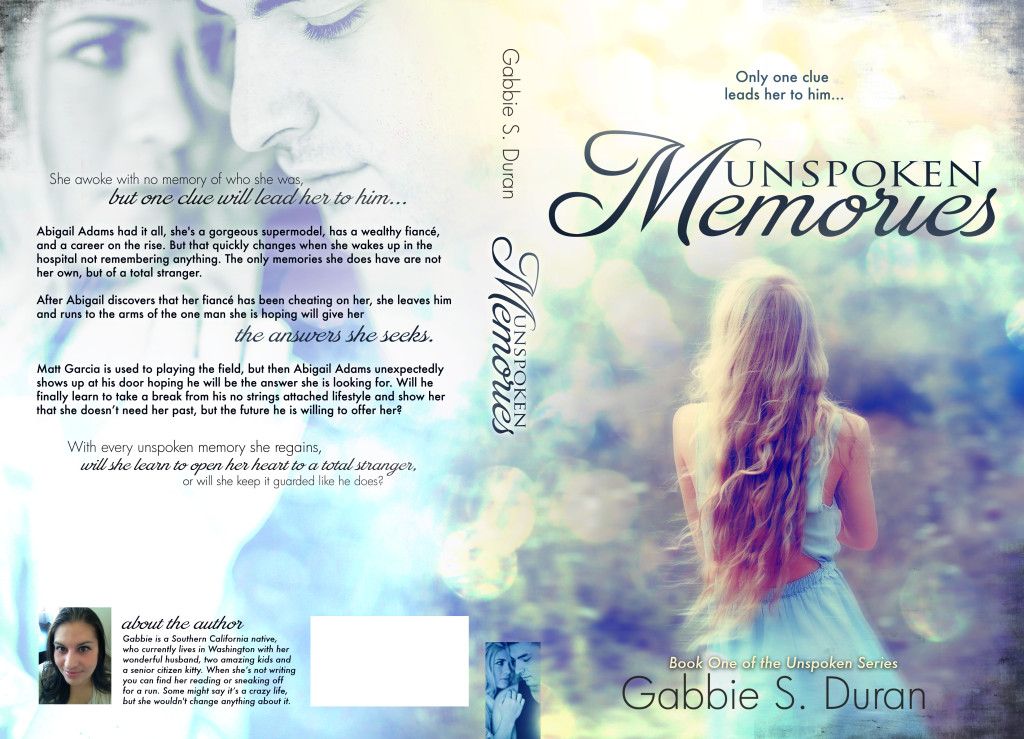 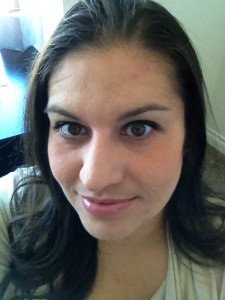 I’m from a small town in Southern California. I currently live in Washington with my wonderful husband, two amazing kids and a senior citizen kitty. I started writing one day with no goal in mind. I just had an idea that would not get out of my head so I opened a notebook and wrote it down; that idea turned into another, turned into another and next thing I knew I had a book. When I am not writing you can find me reading. I LOVE to read, show me an author who doesn’t. You might catch me sneaking off for a run listening to whatever music happens to be playing or curled up on the couch watching Bones, when I am not trying to keep track of my husband or my kids. Some might say I live a crazy life, but I wouldn’t change a thing about it.