Celebrating the release of Recklessly by A. J. Sand, the author is offering great prizes and an excerpt from the book! 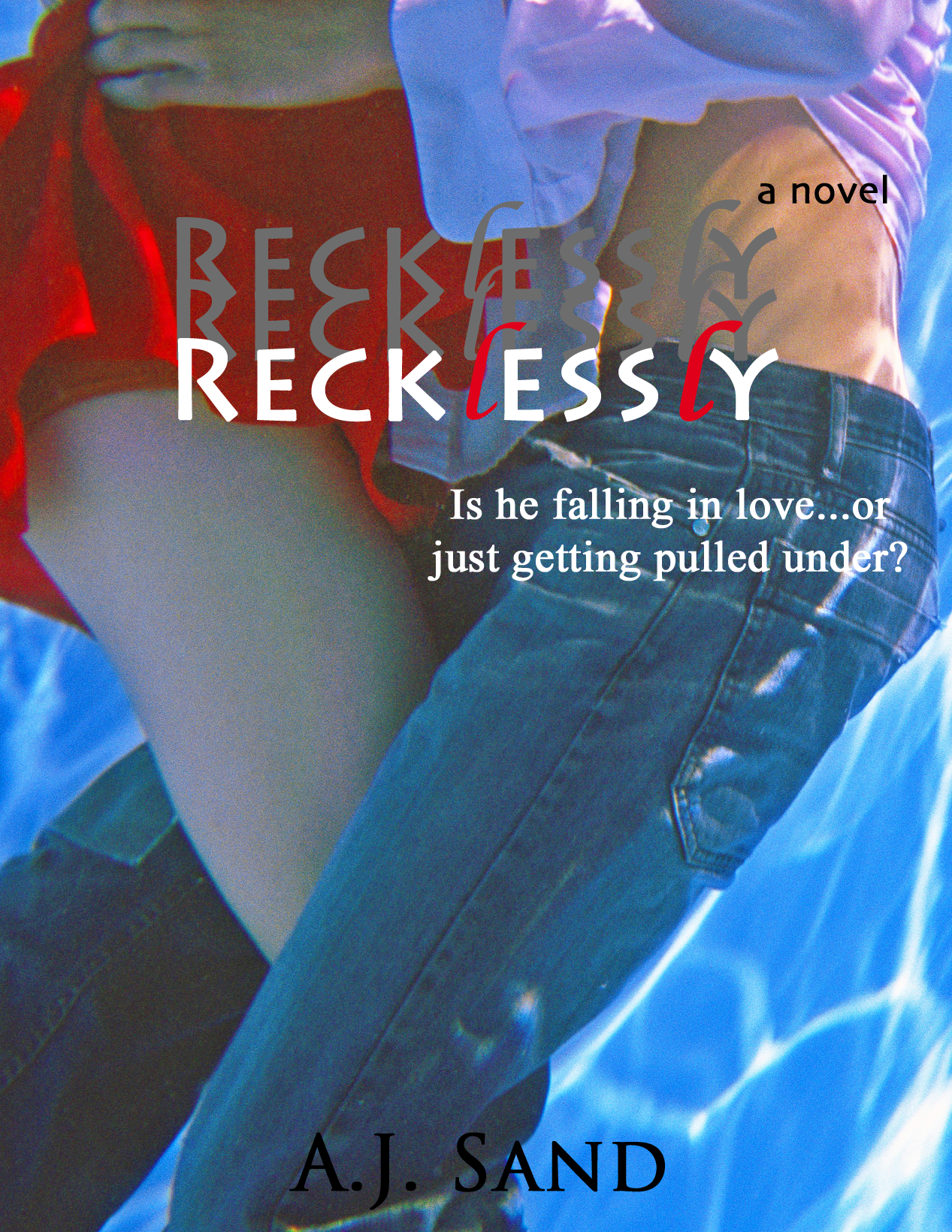 Wes Elliott just met his match…and she might actually burn his entire world down.

Surfing and sex. This is Wes Elliott’s life. And it’s just the way he likes it. `
After seeing his parents stay in a loveless marriage his entire life, and burying away a heartbreak from his past, he knows where romance is best left: crappy chick movies. He’d rather lust and eventually leave, and that’s exactly what the plan was when he met Lana Langston.

So, this should be perfect, right?

But the more time Wes spends with her, the more he wants the nights to turn into mornings. And maybe even longer. Suddenly, it isn’t so perfect for him anymore.

And the things he thought were buried are digging themselves up.

Now Wes is in a lot of trouble.

He’s falling in love with the one girl who might be a bigger risk than even a guy who gets barreled by the most dangerous waves in the world is willing to take on.
Can Wes and Lana figure out a way to make it work? Or is he headed for something far more reckless?

Due to the sexual content, language and violence, this work is not recommended for readers under 18.

He pointed to the image of a topless Jessica Rabbit with a mermaid tail matching her signature red dress etched on his hand; the top half of her body, bare breasts and all, was displayed just below his fingers.

Lana was clutching his hand in both of hers now, staring down at the intricacies of the tattoo design—the coiffed red hair and exaggerated curvatures of her body—and tracing a soft outline with her thumbs. She drew her fingertips across the top of his hand with such slow, gentle strokes that the touch triggered the heightening of his arousal. Okay, he was wrong; maybe her touching him was a bad idea. Now, it felt too sensual for what he was thinking. Wes flicked his eyes over to her chest and down her legs again. Lana, too, had the kind of body that should’ve been immortalized in ink.

“What is the fascination with her?” Lana asked with an eye roll. “No one would actually look like that in real life, you know.”

Wes shrugged and grinned. “It’s the idea of her I like. Any chick who is that hot—not-even-on-the-scale hot, like you—and who marries a guy who’s a soft three, is really endearing.”

The author is offering an event giveaway. Enter for a chance to win!

A.J. Sand grew up an only child whose parents bought her many, many books to keep her busy, so it was only natural that she would start writing her own stories. She is the author of “Documentary,” “Remake” and “Recklessly.” She lives just outside of Washington, D.C.