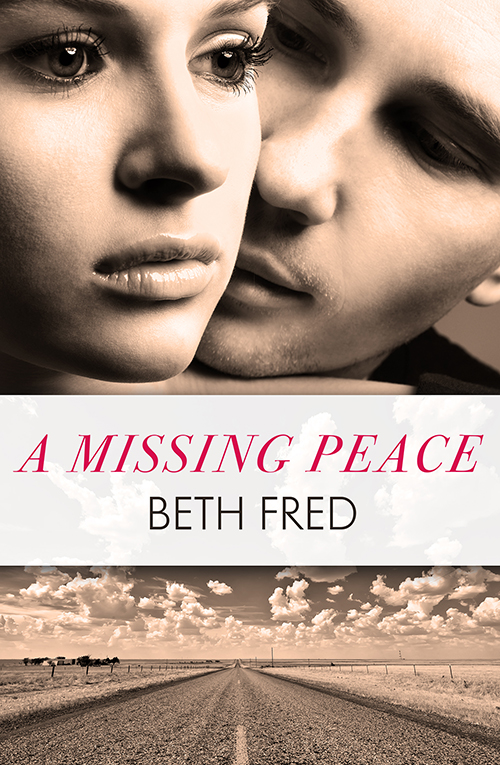 A turbulent, emotionally charged YA novel that breaks down barriers and challenges the status quo…

Angry, seventeen-year-old Iraqi war refugee Mirriam Yohanna hates her new life in Killeen, Texas, where the main attraction is a military base, populated with spoiled army brats like Caleb Miller.

Caleb has much to be angry about too, including Mirriam who turns him down flat in front of everyone. Eager for retribution, Caleb agrees to a dare that will see him take Mirriam to the prom and regain his pride.

But their relationship soon moves beyond high school antics. Mirriam and Caleb are bound together by more than location, and as they are forced to work closely together on a school assignment, they start to uncover an explosive story that has the potential to ruin lives — and both of their futures. One single truth changes everything and strengthens their bond.
When Mirriam’s family discovers their relationship, they decide it’s time to arrange her marriage to a proper Iraqi man. Caleb must convince Mirriam that he is in it for forever — or risk losing her for good.

The truest statement I’ve ever read in a synopsis –

“A turbulent, emotionally charged YA novel that breaks down barriers and challenges the status quo…”

That description absolutely nails this book!

Let’s start with my own summary

Mirriam Yohanna an Iraqi refugee comes to Killeen, TX – a military town. Mirriam harbors more baggage than the average American teenager. She intends to keep to herself until graduation when she can leave this town behind and all the small-minded people who live in it. That is her plan, until she meets Caleb Miller. Caleb is an All-American teenage dream. He’s a football player and everyone loves him. He’s also an army brat…in Mirriam’s opinion. They have a few run-ins that first day of school, but it isn’t until Caleb’s buddies set a bet, one that Caleb willingly agrees to take on. His goal is to get her to go to prom with him but only to recover from her blowing him off in front of his friends.

Lucky for him Mirriam walks into his Government class. He volunteers to partner up with Mirriam in order to get closer to her. The class begins and Mirriam silently listens on as her teacher speaks of Iraq in a manner that Mirriam disagrees with. She can’t stand the propaganda and speaks up causing an all out debate to ensue, leaving both Mirriam and Caleb arguing over who is right and who is wrong concerning the war. Caleb admits he lost his dad in Iraq and Mirriam tells the story of her father dying at the hands of an American solider. Each carry the weight of losing a beloved parent neither knowing just how much they have in common.

Why did I love this book?  The short, easy answer is: it’s a great book. It was well written with an excellent storyline and two lovable protagonists! The political aspect intrigued me and it basically challenged the way many people think about politics, government and war. I loved that! I am a junkie when it comes to politics and government so that aspect of the story stuck with me the most. The book is romantic but it covers a wide range of serious topics, the story just fell together beautifully for me.

Beth Fred really creates a powerful tale of two young people who are on a quest for truth and justice! Ha! That sounds like I’m discussing a comic book hero but in all seriousness this book evoked a strong sense of the human spirit overall. The ability for us to look past our differences, to coexist, even love. I felt that I personally could relate to this story so I think that also played a huge part of why I loved it so much.

I wouldn’t mind a sequel…K, thanks Beth haha 😉

I tried to choose a few of my favorite quotes that wouldn’t give too much of the storyline away. I feel this is a book everyone needs to read and interpret in their own way and I felt it was important to keep certain aspects of this review spoiler free.

“We’re there to keep terrorists from doing things like that.”
A single tear rolled down my face. In spite of this, I let out a laugh. “Except, he was shot by an American soldier.” Caleb’s mouth gaped. He rocked back in his chair and didn’t say anything else.”

“Sure, friends,” I said, “but it’s probably a good idea to do something that doesn’t require us to talk much.”
“Why would you say that?”
“Caleb, I call what the U.S. did to us an ‘invasion’. You call it ‘aid’, and I don’t think either one of us are changing our minds anytime soon.”
He nodded, both defiant and sympathetic in a single motion.”

“Won’t happen.”
“Try me.”
Instead of looking for a reply, I took a huge chance. The kind of risk you could easily regret. I leaned down and pressed my lips to hers. It didn’t take long to force her lips open. She clasped one hand around each of my arms and squeezed tightly. She was kissing back. It was perfect.”

“She stepped out the door then turned back, grabbed my face and kissed me with an urgency she hadn’t before.
I held onto her and pressed her body to mine until I realized she had no plans of breaking this. When her body started to curl around mine, I pulled away. “It’s going to be okay. I promise, M. I meant what I said. I won’t let anyone take you from me.”

I could go on and on but I seriously want you all to go out and get this book. It’s worth the read! 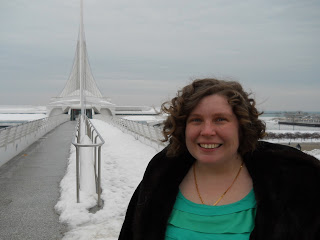 About the Author
Meet Beth Fred! A full time ELF keeper and part time writer/blogger/writing instructor. Beth likes her tea hot, her romance sweet, and her guys chivalrous. Real men hold open doors, refer to you as ma’am, make promises they keep, and aren’t afraid to profess their undying love. It’s not breakfast if there aren’t carbs (at least, not in the South). Fajitas, carnitas, and churros are just a few of Beth’s favorite things. Bet you can’t guess where she’s from.