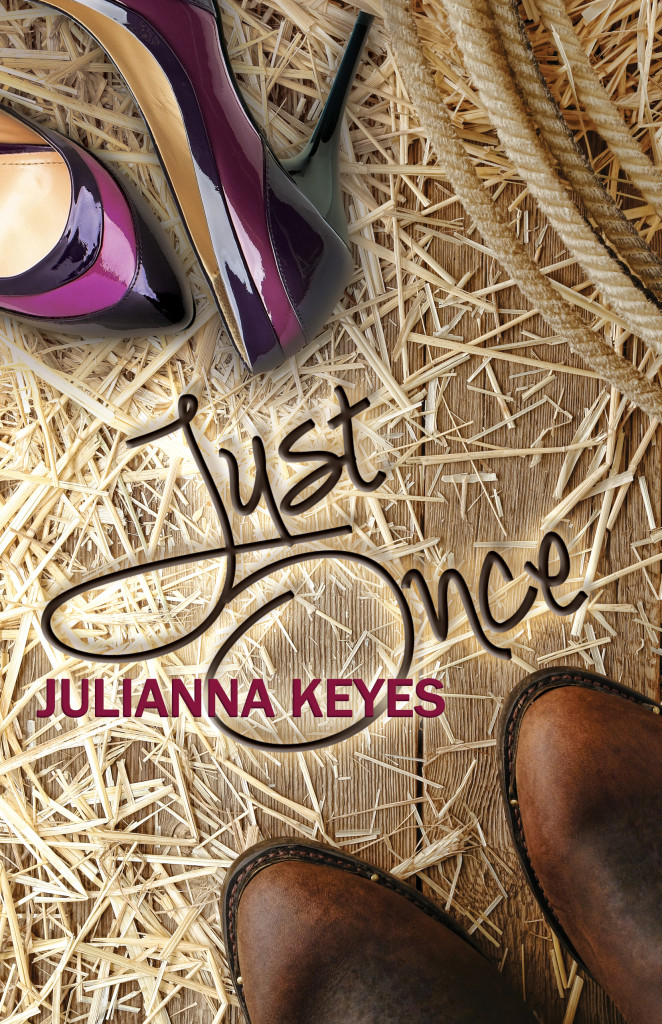 by Julianna Keyes and Omnific Publishing

Although her kitchen/cabin staff is lacking and the workload never relents, Kate’s main challenge is Shane Maddox, the ruggedly handsome and doggedly stubborn ranch foreman. Instantly at odds, they battle over everything from ceiling fans to bothersome bats—studiously ignoring the sparks they generate with each confrontation.

They can’t explain their explosive physical chemistry, but after a few frustrated weeks they can’t deny it either. Their solution? Just once. They’ll get past their inconvenient lust and move on.

Kate’s been trying to think with her head instead of her hormones, but is this just another bad decision in a lifetime of careless choices? Has she really changed at all?

Set in the striking and serene hills of southern Colorado, Julianna Keyes’ debut novel offers a sizzling and satisfying tale of unexpected chemistry and the power of second chances. Her characters will get under your skin and into your heart. Just once may not be enough for you either.

Julianna Keyes is a Canadian writer who has lived on both coasts and several places in between. She’s been skydiving, bungee jumping, and white water rafting, but nothing thrills—or terrifies—her as much as the blank page. She has volunteered in Zambia, taught English in China, and dreams of seeing pink dolphins in the Amazon. This is her first book.