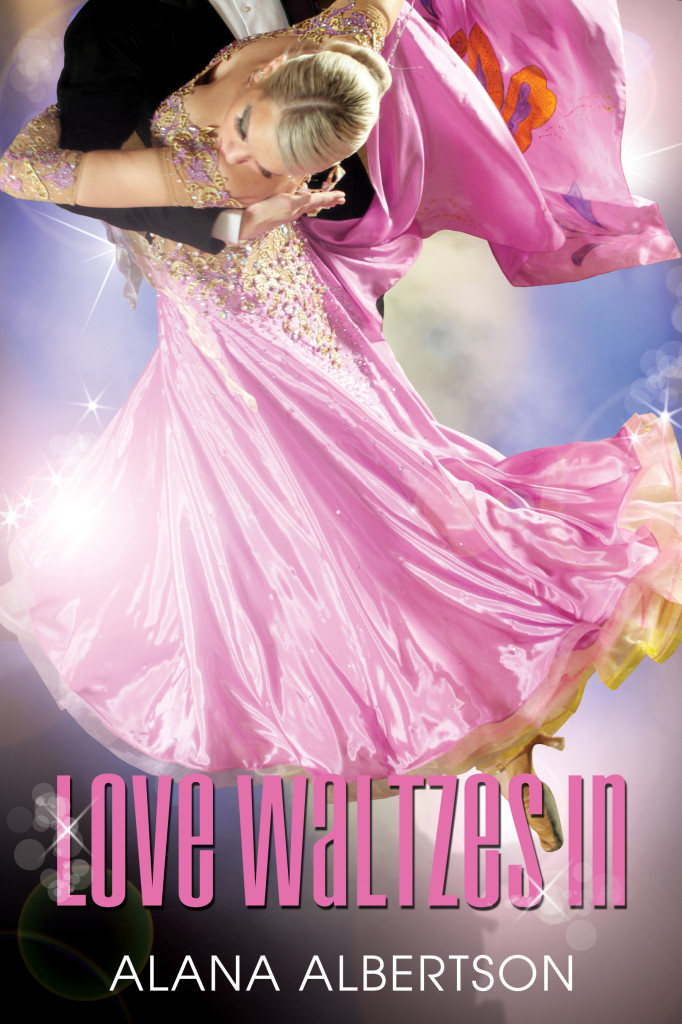 Synopsis
To her millions of fans, ballroom champion Selena Marcil seems to have the perfect life: a great dance partner, a hit reality show, and celebrity perks. But underneath the glamorous ball gowns, Selena longs to find someone to share her life with when the stage lights dim.
Selena’s childhood sweetheart, Bret Lord, hung up his dance shoes after winning two national titles with her as a teenager, and enlisted in the United States Marine Corps. He never saw his former fiancée again, except on television and on the cover of men’s magazines. Ten years and three deployments later, Bret gets an offer to audition for Selena’s dance show. When the Marine Corps gives him temporary leave to appear on the series, Bret can’t refuse the quick cash that will enable him to provide financially for the widow of his buddy, even if it does mean coming face to face with his past.
When Bret shows up at her national championship, Selena is shocked. For years she searched for him to no avail. After spending time with Bret, Selena realizes despite their past romance, they have no future. He has no desire to live under a spotlight and she has no desire to leave it. Can Selena and Bret recognize when Love Waltzes In?

Staff Sergeant Bret Lord sat on the dirty floor of his tent, going through the day’s mail: the latest Men’s Fitness magazine from his sister, a care package from his mom. He ripped open the package—socks, lip balm, sunflower seeds, and a thin letter that contained an old magazine clipping.

I miss you very much. Benny asked me to send you this article. I really wish you would consider his offer. Please stay safe.

He swallowed hard. A neon sticky pressed on the wrinkled page had a note scrawled on it from his former master dance coach.

We’ll make it worth your time.

Thumbing the edge of the article, Bret stared at the sixteen-year-old boy in the picture and could barely recognize himself. His shoulder length, wavy blond hair was slicked back, not shorn in a “high and tight” like his current haircut. No signs of the tattoos or muscles that currently defined his body. Golden skin stained from a bottle, not the harsh sun of Iraq. His arms were wrapped around a gorgeous, curvy young girl with long jet-black hair. The jade Latin gown she wore matched the color of her almond-shaped eyes.

Bret tossed the article aside and removed his nine-mil pistol from his holster to clean it.

Lance Corporal Hernandez walked by Bret and snatched the article off his cot. After staring at it, Hernandez’s face brightened.

“Hey, Staff Sergeant, this you?”

“No, it’s my clone who’s also named Bret Lord.” Bret slid the rail back on his weapon and began disassembling it.

“Staff Sergeant, you know Selena Marcil? Did you hit that?”

“Shut up, Hernandez, or the one getting hit will be you—with the butt stock of my rifle.” Bret grabbed the paper out of Hernandez’s hands, and smacked him on the side of the head. The kid didn’t flinch.

“Staff Sergeant Twinkle Toes. Hey—can you hook me up with Selena? I’ll be her boy toy. I love her. Man, she’s smoking. Has the nicest ass. Not like all those skinny, Russian chicks on that show.” He nodded to himself with an eyebrow dancing. “Selena’s on my list. She’s Latina, too. We’d be perfect together. What was she doing with a gringo like you?”

“Hernandez, you’re way out of line.” Bret reassembled his pistol.

Bret grabbed the article, his pack, and his rifle. It was impossible to get some privacy in the tent. His only option was to sit outside in a sandstorm but even that sounded like a welcome retreat from his immature men. He walked about five hundred feet, then plopped down in the hot sand.

The red sky hung above him, thick from smoke from the nearby town. Bret struggled to catch a glimpse of the distant mountains. Sand seemed to pelt down from the heavens, blinding him and settling into every crevice in his body. He closed his eyes against the sting of the sand, and turned his thoughts to Selena. Was she the diva the tabloids made her out to be? Even after ten years, he could almost smell her buttery-coconut scent. A welcome change from the overflowing shitters, toxic diesel, and stench of his fellow Marines who hadn’t bathed in three weeks.

Love Waltzes In is a great read about first love and second chances. It shadows the lives of both Selena Marcil and Bret Lord two ballroom dancers and former flames. The story covers a bit of their past,  their present and a hopeful yet uncertain future.

The story begins with Bret who is deployed as a marine in Iraq. He is currently a staff sergeant and has been requested to appear on a reality show by a former dance coach. Bret loves his job and doesn’t want to get back into the world he hated. He doesn’t want fame or money, but when he loses a buddy in battle he begins to consider the offer. He promised his friend if anything ever happened to him that he’d look after his family. Bret is a man of his word and he intends to do everything in his power to help. While he has no desire to reenter the world of ballroom dancing, he agrees knowing the financial support he’d gain by dancing on the show would significantly help his friend’s family.  He vows to do one season, in and out, but as simple as he believes it will be he has no idea what awaits him. He knows being on the show will bring him in contact with his first love and former flame, Selena Marcil.

Selena called off their engagement nearly ten years ago and while he has been haunted by her decision Bret has never fully understood what caused her to pull back and leave him. Selena has a secret one she knows might change the way Bret sees her and although she fears his reaction, she never got a chance to explain. Although she sought him out he didn’t want to be found. He threw himself into his job and was proud to serve as a Marine, but her decisions have haunted her and she wants an opportunity to discuss the past while Bret is looking forward to moving on and leaving the past behind. Will it be that simple or will the past and present collide?

This book is a beautiful story, but I found that some moments moved a bit too fast paced and some things were abrupt leaving me little chance to react. The book is a quicker read, so I also think this is why some moments were a bit rushed, however, I found the book to be an overall good read. I found myself entranced by the story, the characters, the competition, the build up and rooting for these two. Selena’s decisions at times made me want to shake some sense into her and while I do love her character, I felt she is a bit naive at times.

As I neared the final chapters I felt as though I were actually watching a reality show. I wanted to know who would win and what would happen. I wasn’t disappointed, this story is everything you look for in a good romance novel. It has love, loss, a touch of drama and even some funny moments. The relationships between the characters is an interesting blend and although I expected a lot more competition and hatred, the dancers all seemed like one big (dysfunctional at times) family ℓσℓ

I highly recommend this book to romance/contemporary romance readers especially those who appreciate dancing, It’s fun, fresh and you’ll fall in love…especially with Bret!

About the Author
Alana Albertson is the former President of both Romance Writers of Americas’s Young Adult and Chick Lit chapters and the founder of Academe Advantage, a college admissions & test preparation company. Alana Albertson holds a Masters of Education from Harvard University and a Bachelor of Arts in English from Stanford University. A recovering professional ballroom dancer, Alana currently writes contemporary romance and young adult fiction. She lives in San Diego, California, with her husband, two young sons, and four dogs. When she’s not spending her time needlepointing, dancing, or saving dogs from high kill shelters through Pugs N Roses, the rescue she founded, she can be found watching episodes of House Hunters, Homeland, or Dallas Cowboys Cheerleaders: Making the Team.

2 comments on “Love Waltzes In”