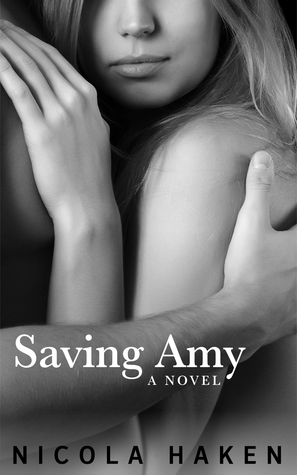 Eighteen year old Amy’s surname may be Hope, but her life contains anything but. She drinks, she sleeps around, she cuts… anything to help her escape the agonizing existence growing up between her mother’s drunken wails and her father’s fists. But nothing works. There is no escape. And Amy wants out…

Enter Richard Lewis – the doctor responsible for saving Amy’s life after her drink and drug-fuelled suicide attempt. Thanks to his own hidden demons, Richard is drawn to Amy and her situation, and despite the incessant warnings from both his own mind and his jealous ex-lover Joanna, he feels compelled to help her.

But how will Amy feel when she discovers Richard’s attachment to her is born out of his own guilt? He was her last resort – her last chance at being saved. Can anybody save Amy, or has she finally reached the end of a very long, torturous road?

(Not recommended for younger readers due to language, scenes of self-harm and sexual content)

I’ll save you a repeat synopsis and say Saving Amy was a pretty intense read for me. It was heartbreaking and beautiful. This book has a lot of incredibly dark moments that made me fear for Amy’s life and well being. A lot of the choices she made early on shocked me, but they also let me know I was in for one hell of a ride.

Amelia Hope is all out of hope until the day she wakes up in Richard Lewis’ bed. Her world irrevocably changes from that day forward. Amy splits leaving his home and disappearing back to her hell of a world thinking she’ll never see him again. She continues on a destructive path that forces their worlds to collide.

Saving Amy isn’t just about Amy finding redemption, but Richard finding his own. Their need to save one another is where the beauty lies in this book. As hard as some moments are for each of them, they continue to find ways to help one another by offering constant support when guilt, fear or the pain of the past become too much to bear. The road isn’t easy for these two but well worth the read. Prepare yourselves for a very emotional ride. The book took a few surprising twists and turns but the end result was a beautifully put together masterpiece. 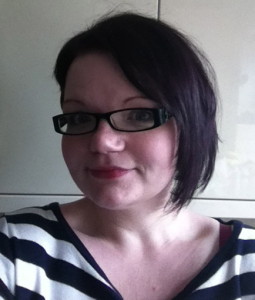 Nicola lives in Rochdale, England with her husband and four children (and dog!). She is the author of two stand alone novels, Inevitable and Saving Amy, and is currently having fun working on her first series with book one, Take My Hand, to be released in October. When not reading or writing Nicola can usually be found carrying out her daily slave duties – cleaning, feeding the mob, cleaning a bit more etc… or watching The Twilight Saga for the fifty-billionth time 🙂