Twenty-three year old model Charley Whitlock built a quiet life for herself after disaster struck four years ago. She hides beneath her beautiful mask, never revealing her true self to the world… until she comes face-to-face with her new photographer — sexy, possessive Jude Anderson. It’s clear from the first time she meets him that she’s playing by his rules. He says jump, she asks how high. He tells her to unzip her cream Dior gown; she knows she has to comply. But what if she wants him to take charge outside of the studio as well?

Jude Anderson has a strict “no model” dating policy. But everything about Charley sets his body on fire.

When a tropical photo shoot in Hawaii forces the stubborn pair into sexually charged situations, their chemistry can no longer be ignored. They’ll have to decide if they’re willing to break their rules and leave the past behind or if they’ll stay consumed by their demons forever.

Will Jude persuade Charley to give in to her deepest, most forbidden desires?

**Recommended for ages 17+ due to language and sexual situations.**

Charley has a tragic past and has tried to busy herself with modeling gigs and painting to fill the void. When she walks on set of her newest assignment and locks eyes with Jude all hope is lost. She’s completely smitten, but Charley has secrets that haunt her. They’ve consumed her thoughts and caused her to put up walls. She’s closed herself off to most of the world for the better part of four years, but something about Jude draws her in. He’s hot, but his moods shift from full on asshole to full on hearthrob within minutes. He’s a puzzle and though Charley longs to know more about him, he’s got his own barriers up.

Jude’s past is one filled with pain and has forever changed him. He uses women for his own pleasure and moves on. He’s not the monogamous type yet no matter how hard he tries to shake his feelings for Charley, he can’t. The attraction is undeniable and he’s drawn to her like a magnet. From his first encounter with Charley he can’t rid his thoughts of her and the growing feelings each new encounter produces.

Both struggle to contain their feelings and a new assignment forces the two together placing them in dangerously close proximity. Will these two face their issues head on and admit their growing attraction?

This is a lovely debut. The romance is hot, fresh and gives the reader something to hope for while keeping you guessing. I loved the artistic perspective and descriptive language. This is a great read for romance/new adult and erotica fans.

I am a lover of books, chocolate, reality TV, metaphors and similes, black labs, and cold weather. Seriously, if I had it my way I would be curled up on the couch with all of those things… everyday.

I was born and raised in Texas where I spend my free time writing and reading. My favorite authors are Mindy Kaling & Jonathan Safran Foer. I’m a comedy geek and love all things “funny”. Women like Tina Fey, Amy Poehler, and Mindy Kaling are definitely the biggest inspirations for my writing, though I think my work tends to skew a bit smuttier than theirs.;) 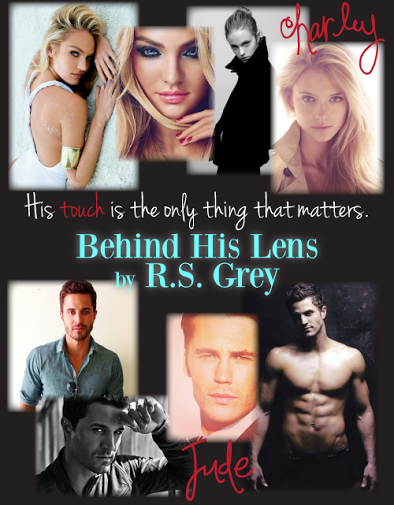