No Apologies by Sybil Bartel

Hard-edged rocker Graham Allen has it all. He’s flush with cash from playing bass in a band by night and restoring classic cars by day. And there are plenty of women willing to share his bed for a night, complication-free. Perfect, because if there’s anything he learned from his past, it was to never get attached—to anything. So when bartender Carly Sullivan flashes her innocent smile, Graham isn’t prepared for what happens next.

Two rules, that’s all Graham has—never apologize and never fall in love. He knows Carly is everything he should avoid. Cheerful and sweet, she has “relationship” written all over her. But Graham can’t stay away from her probing questions and concerned blue eyes.

When Graham discovers Carly is hiding a crushing secret, he’s prepared to risk it all. Until in one single moment, everything changes and Graham’s past threatens to collide with his future. His life is crumbling down around him, and soon no apology in the world can save him.

He should’ve known to walk away.

Carly opened the door, all smiles. “Missing something?”

Yeah, you. My relief at seeing her smile was instant but I gave her a hard time anyway. “There better not be a scratch on it.”

She shook her head. “Have a little faith.”

“You forget I’ve seen you drive.” Like a bat outta hell.

I followed her, admiring the view.

“Want some coffee? I just made some.”

Her apartment smelled amazing, like cinnamon and fresh bread. I remembered I hadn’t eaten. “Yeah, sure. Smells good.” I followed her into the kitchen and looked out one of the windows. The Ducati was parked by a garage in back.

“I’m making muffins. They’ll be ready in ten minutes. Looking for the bike?”

“Checking to make sure it’s in one piece.”

“Would I destroy a machine like that? Jeez!” She looked affronted then busied herself getting coffee.

“I have no idea.” Women were capable of crazy shit.

She handed me a mug. “Well, I wouldn’t, but you might need a little gas.” She winked and set her small kitchen table for two.

“I don’t think I want to know where you went.”

I got her full-blown smile. “She opens up nicely on the highway.”

If I hadn’t seen her ride, I might’ve been having a heart attack right now. “Do you have any self-preservation?” I’d bet a month’s paycheck she didn’t go the speed limit.

Her face turned serious. “Lots, that’s why I was careful not to drop the bike.”

That statement, the look on her face, I couldn’t let it slide. I set the coffee on the counter and grabbed her hand. She flinched but I held tight and lowered my voice. “You think a bike’s more important than you?” 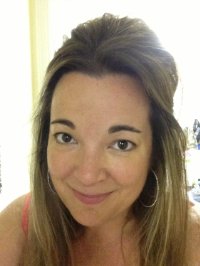 Sybil grew up in Northern California with her head in a book and her feet in the sand. She used to dream of becoming a painter but the heady scent of libraries with their shelves full of books about wistful summer days and first loves drew her into the world of storytelling. Her true literary love is the New Adult genre but really, any story about a love so desperately wrong and impossibly beautiful, makes her swoon.

Sybil now resides in Southern Florida and while she doesn’t get to read as much as she likes, she still buries her toes in the sand. If she’s not writing or fighting to contain the banana plantation in her backyard, you can find her spending time with her handsomely tattooed husband, her brilliantly practical son and a mischievous miniature boxer who stole her heart.

3 comments on “No Apologies by Sybil Bartel”