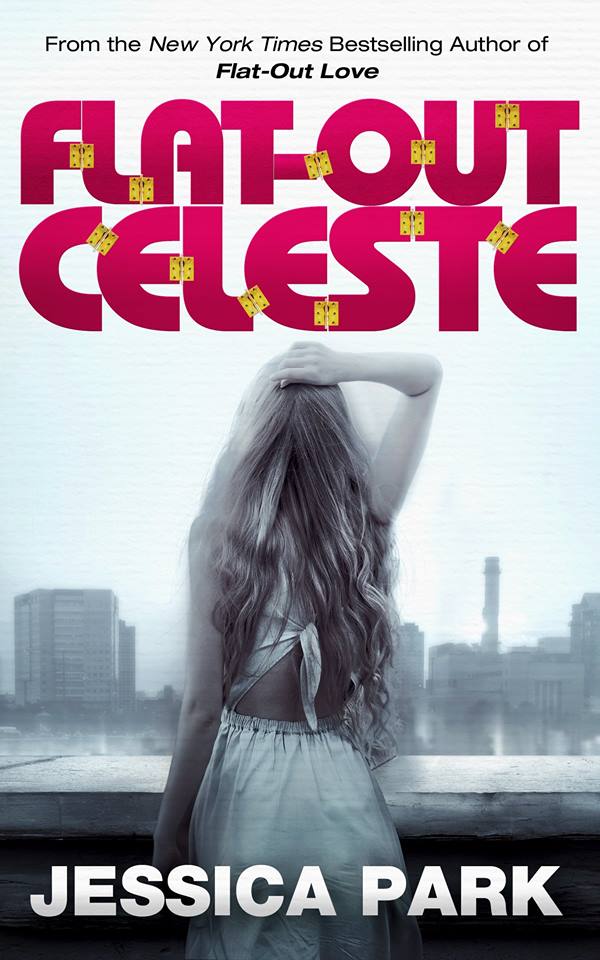 Whether you were charmed by Celeste in Flat-Out Love or are meeting her for the first time, this book is a joyous celebration of differences, about battling private wars that rage in our heads and in our hearts, and—very much so— this is a story about first love.For high-school senior Celeste Watkins, every day is a brutal test of bravery. And Celeste is scared. Alienated because she’s too smart, her speech too affected, her social skills too far outside the norm, she seems to have no choice but to retreat into isolation.But college could set her free, right? If she can make it through this grueling senior year, then maybe. If she can just find that one person to throw her a lifeline, then maybe, just maybe.Justin Milano, a college sophomore with his own set of quirks, could be that person to pull her from a world of solitude. To rescue her—that is, if she’ll let him.Together, they may work. Together, they may save each other. And together they may also save another couple—two people Celeste knows are absolutely, positively flat-out in love.

Astonished, amazed, inspired… Flat-Out Celeste is a quite simply put…a masterpiece. Jessica Park has managed to make me fall in love all over again with this amazing series. She is brilliant and I am in awe. This is an absolute must-read!

Let me backtrack a bit and come clean. When I first read Flat-Out Love, book one in this extraordinary series. I wasn’t sure of my feelings. In fact, I do believe my initial reaction was, “entertaining and hilarious, but predictable.” Now wait, don’t fret, I was a moron and I’ll be the first to admit it. My ridiculous reasoning at the time is not even worth mentioning…yet as time passed I still couldn’t get this book out of my head…it took a couple of weeks for me to realize I was a complete idiot and I actually rather loved this book. So, what did I do next you ask? Well, I reread it of course.  On second glance…ok, it was a bit more than a glance…more like a thorough examining, but all I could think is, “this Jessica Park lady is brilliant.” She made me love all the characters and when Flat-Out Matt was released I was overjoyed and once again…I fell in love. The announcement of Flat-Out Celeste put me over the moon. I was elated and I didn’t even know what to expect, all I knew is I had to have it. I was captivated with Celeste’s quirky personality since Flat-Out Love. Of course I had questions, what had become of this eccentric yet brilliant girl? Had she developed better social skills? Did she make more friends? Would she fall in love? I needed answers and I needed them like yesterday!

See, Jessica Park doesn’t just draw you in with her writing, she makes you fall in love…you actually want to live in these books and know more about every single person you encounter. I fell in love and connected with Celeste from the very first book and I needed more. The wait was grueling, but when I finally had my hands on Flat-Out Celeste, I devoured EVERY…SINGLE…WORD. Celeste is highly intelligent, but she has rarely allowed emotions to rule her or get in the way of important decisions. This book highlights her struggles to fit in, her path to both finding love and self-love. Celeste’s story is one that you may relate to on different levels. She is quite unique and there are discernible differences between her and many others characters, however, at the core, her battles aren’t so very different than those that many others face. The awakening that Celeste experiences in this book is life changing. She grows, loves, learns and experiences the world in a way that makes you appreciate the struggles. And while Celeste’s story takes up a great deal of the book her story wouldn’t be complete without Matt and Julie. Woohoo…so, yeah, you’ll see their return and hopefully appreciate the way things unfold.

Flat-Out Celeste lived up to all my expectations and then some. I won’t go and repeat the synopsis or summarize the book. I want you to experience this book for all that it is. It’s an extraordinary story with a beautiful and powerful message. Celeste is a character you won’t soon forget. Her story is one that is beautiful, heartbreaking and incredibly brave. I laughed, I cried and I fell hopelessly in love…again.

I could go on and on about this book and the series, but I want you to read this through so I’ll end by saying this book is beyond my greatest expectations. Jessica Park gives life to characters in a quirky and absolutely endearing manner rendering you speechless at times. The wit, humor and raw honesty in her writing is powerful and evocative. This book takes you on an incredible journey with a reminder that sometimes different is perfect and sometimes all you need is the perfect person to help you find your way. I give this book a gazillion stars…yeah I said it, it’s really that good! Go forth and read my friends this one is a must-read for all!

FLAT-OUT LOVE is on sale at Amazon for a limited time!